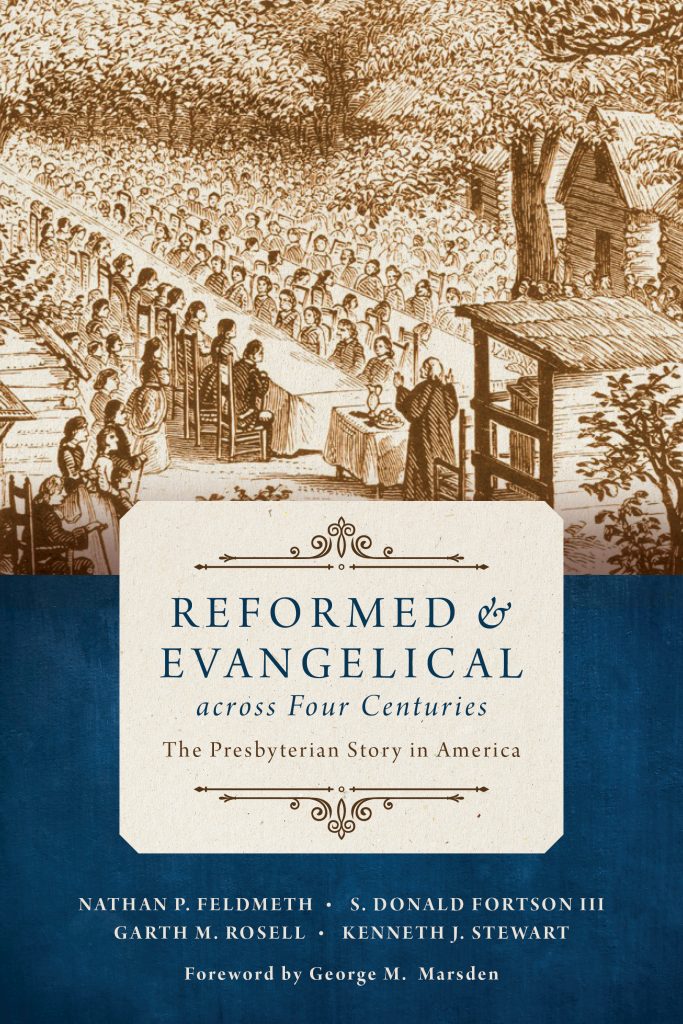 While this volume is subtitled “The Presbyterian Story in America,” it actually doesn’t get to America until a section on “The Society for the Propagation of the Gospel in New England” in Chapter 5 (page 72) and finally settling on Presbyterianism on this country only in Chapter 6 (page 81). This is a substantial part of a book on “The Presbyterian Story in America” to not be on the Presbyterian story in America. But, perhaps ironically, I found this to be the best section of the volume. Naturally the story cannot just begin in America, but needs to reach back to the British Isles. In both places we see that church history is messy and, especially in the England and Scotland, much intertwined with national politics.

The connection between Presbyterianism in the Old World and that in the New World is especially valuable in the section on page 94 describing how views on subscriptionism (to the Westminster Confession) that arose in Ireland were carried over to the American scene. The debate over subscription in American Presbyterian history plays a major part in this book, and while the authors are fair to the issue, the writing, it seems to me, tends to favor the “system” or “loose” view over the “full” or “strict.”

Chapters on “Debate on the Question of Slavery,” “Presbyterians, Civil War, and Reunions,” and “The Darwinian Challenge” highlight some of the major issues of the 19th century Presbyterian churches. Chapters on 20th century issues felt more scattered and tended to veer away from the subject at hand (American Presbyterianism) as significant space was given to such diverse topics as Walter Rauschenbusch and the Social Gospel, Asian immigration, and rationalism in German Universities. Certainly these are connected to American Presbyterian in some way (isn’t everything connected to everything in some way?) but the authors tended to relate the topics back more to Protestantism in general than Presbyterianism specifically.

The change (I’d argue decline) of the PCUSA’s theology in the 20th century is noted (pp. 288 and 293 for example) and the decline of the denomination’s membership is also mentioned (p. 307). But never are these two facts related. This really is the elephant in the room.

As for the PCA, I think the authors get it quite right when they contend, “The group of ministers that shaped the PCA was roughly divided into two groups: those who had a vision of the PCA as a historically confessional Presbyterian body and a larger group who found their primary identity in being evangelical Presbyterians driven by the concerns of evangelism and world missions.” (p. 301)

2 thoughts on “Review of Reformed & Evangelical across Four Centuries”