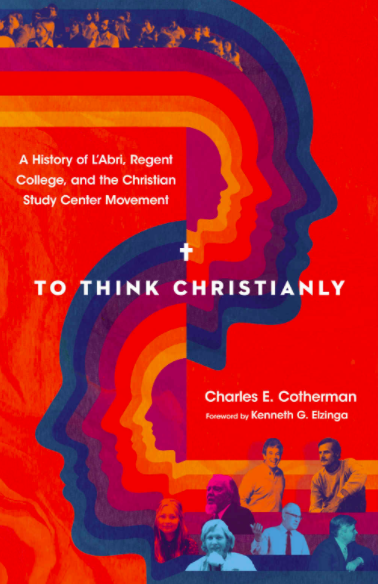 A major thesis of Cotherman’s work is that L’Abri influenced the foundation and direction of many other Christian study centers. While the Tyndale House at Oxford predated L’Abri as a Protestant-founded study center, it was the ministry of Schaeffer’s Swiss chalet that greatly inspired replication.

The chapter on the History of L’Abri itself doesn’t have much that is new if one has already read the account of Edith Schaeffer in her book L’Abri. Nor does the chapter have much on L’Abri post-Schaeffer. While the early history of L’Abri is the most essential for explaining its influences, a lack of comment on the last 36 years leaves open questions about the ministry’s staying power and stability.

Schaeffer calls Cornelius Van Til a “partial influence” and says that he figured out most of the rest of his material himself. (p. 32) As Schaeffer left Van Til and Westminster Theological Seminary to join Faith Seminary and the Bible Presbyterian Church, one wonders if he would have called Carl McIntire or Allan MacRae an influence at one time. In Thinking Christianly Schaeffer isn’t portrayed in the greatest of light. Not only does the reader find Schaeffer saying he “figured out the rest” apart from influences, but there are also quotes of Os Guinness saying that Schaeffer never read books (only magazines) and eschewed any academic competition for himself at L’Abri. (p. 33) In his conclusion section Cotherman refers to Schaeffer’s “insecurity.” (p. 260)

Regent College finds a connection to L’Abri in that a number of scholars, including Os Guinness and Hans Rookmaker, taught at both places. While the founders of Regent were connected with the Plymouth Brethren, visiting professors like those from L’Abri and J. I Packer from the Calvinistic wing of the Anglican church provided the school with a Reformed connection. The “evangelical openness” of Regent’s James Houston must have disturbed Schaeffer though who visiting Regent in 1975 “delivered a stark convocation address on the inerrancy of Scripture.” (p. 82) Regent set out to train lay Christians but there was pressure from early on to include seminary degree programs. Houston’s attempt to start “Regent East” at College Park, Maryland found many difficulties but resulted in the C. S. Lewis Institute.

R. C. Sproul was also influenced by L’Abri, setting out to build his Ligonier Valley Study Center “in the mold of L’Abri.” Like Regent’s Houston, Sproul acquired a “taste for lay education.” (p. 122) Many elements of Ligonier’s approach were patterned on L’Abri. These included a rural mountain setting, in-home ministry, and students dividing their time between studying and working at the study center. (p. 129) But a major difference in focus was, according to Sproul, that L’Abri was an outreach for evangelism of non-Christians while Ligonier sought to educate para-ministry workers and church people. (p. 131) Looking to the Reformers who “made full use of the most advanced methods of communications available,” Sproul sought to make their theological instruction widely available through modern means of communication including a monthly newsletter (TableTalk) and a videotape ministry. This in turn transformed Sproul from “a local star to a national evangelical celebrity.” (p. 142) By 1985 Ligonier Valley ceased to exist as a study center and Ligonier Ministries was formed to continue publishing the media. Sproul “gradually replaced a ministry rooted in place and hospitable presence with a ministry that increasingly favored ideas detached from relationship.” (p. 151)

Drawing on the work of Schaeffer and Houston, the Christian World Liberation Front established New College Berkeley in 1977 to “take graduate theological education to laypeople in innovative ways.” (p. 153) “The Christian World Liberation Front was part Jesus freak commune, part countercultural campus ministry, and part social-justice advocacy group.” (p. 154) They looked to Jesus as a liberator and the “notorious leader of an underground movement” rather than a “staid embodiment of middle-class values and religious traditionalism.” (p. 156) They published a paper called Right On that David Gill later became the editor of. Gill came into contact with the work of Francis Schaeffer in 1969 and wrote to him asking if he had “ever considered a sort of ‘Farel House West’ in Berekley.” [Farel House being the name of the library building at the Swiss L’Abri] Right On co-editor Sharon Gallagher likewise had L’Abri connections. Together they moved the paper in an intellectual direction conceiving of their audience “not as street people or anti-intellectual Jesus freaks but as literal and thoughtful Christians and curious non-Christians.” (p. 162) In May 1972 Right On gave extensive treatment to Schaeffer, though by 1977 they “began to voice discontent with the direction of Schaeffer’s work.” (p. 163) Right On was, ironically enough, on the “evangelical left.” (p. 164) There is a frequently appearing sub-theme in Thinking Christianly regarding questions of “sexism” and the role of women as leaders and teacher as Christians. New College receives the most praise for hiring a woman as executive director.

The Charlottesville, VA based Center for Christian Study was influenced by both Regent College and L’Abri. Beat Steiner [yep, that’s his real name] graduated from Regent and set out to replicate their work at the University of Virginia. This, Cotherman says, grew to “become one of the most significant North American models for university-embedded Christian study centers.” (p. 190) Steiner set up the 1973 “L’Abri Lectures in Modern Religion and Culture” there at Virginia and had L’Abri’s Ranald Macauly and Hans Rookmaker among the speakers. With the assistance of Regent connections, Steiner began the Center for Christian Study in 1975 complete with over one thousand taped lectures, including all of Francis Schaeffer’s taped lectures among them. (p. 201) This parachurch ministry connected back to the church as a strong relationship between the study center and the local PCA church, Trinity Presbyterian Church, was developed.

A minor criticism of the book is that there is little that comes from the perspective of the students themselves at the study centers. The interviews underlying the research were conducted mostly with faculty. The book is almost a history of the administration of Christian study centers. Nonetheless, it is a thoroughly researched work, and well put together. I recommend reading it.