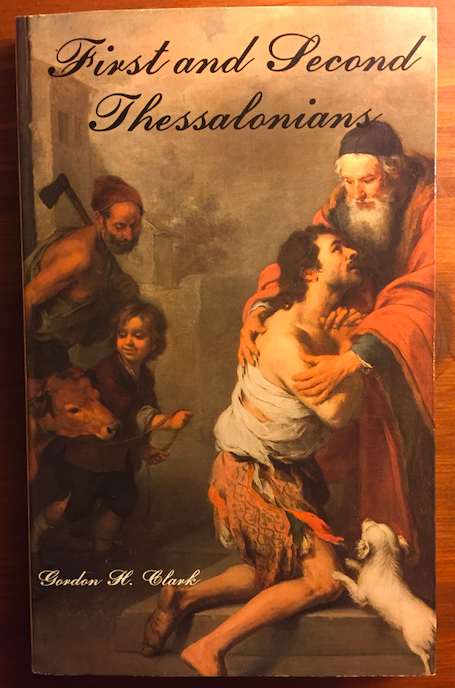 There doesn’t seem to be any particular reason for choosing this commentary to address textual criticism. Clark notes, in fact, that there are few textual critical questions in these epistles. Perhaps the only noted reason for mentioning the subject is for Clark to point out that he “proceeds on the assumption that the early Christians were right” and so generally follows in this commentary the majority text.

The book itself was one of the last that Dr. Clark wrote; written sometime during 1984. He wrote to Greg Reynolds in response to a letter of June 18, 1984 saying, “Finally, back in [Georgia]. Where the weather is hot and muggy. I am thinking of moving permanently to Colorado. Had a nice trip home: Santa Fe, Albuquerque, El Paso, Big Bend (3 days) and home. Starting to write a commentary on I and II Thess. About 125 finished; left it out there and will resume when I move.” Letters show that the appendix on textual criticism was actually written in 1983, before the commentary.

Anyways, a few items from the book itself should be noted.

He argues also that “The Auburn Affirmation ought to have been called The Auburn Negation” since “none of the signers believe the Bible to be inerrant.” (p. 34)

He argues that the devil and his angels perform some miracles. (p. 94)

Generally I found this to be a pretty good commentary, and probably even more interesting than some of the others. There is less overlap of material than some of his other commentaries have with his other writings. It is a nice, though mostly overlooked contribution to Clark’s thought.