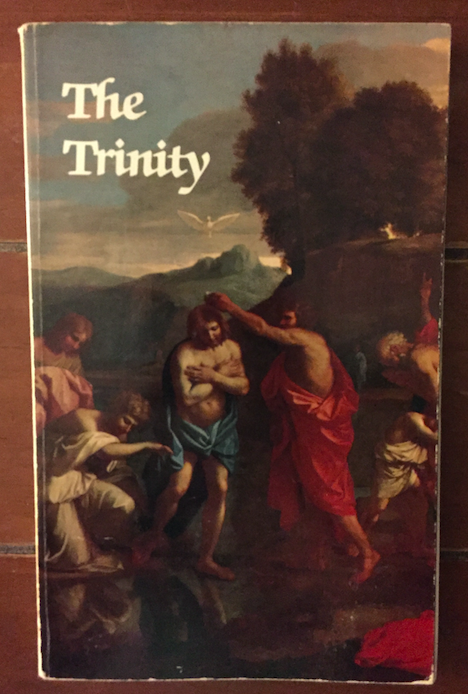 The Trinity, like The Biblical Doctrine of Man recently reviewed, was originally a chapter in Gordon Clark’s unpublished First Lessons in Theology. It is another book of considerable substance as Clark works out, in his own way, an attempt to better understand the doctrine of the Trinity.

I previously spent some time thinking about Dr. Clark’s theory and wrote this two-part article on the subject:

Since I’ve there interacted with Clark’s views from The Trinity, I’ll skip such a review of the volume here. Yet some excellent quotes—relevant to Clark’s philosophy broadly and not just in regards to the Trinity—should not be skipped over:

“Calvin’s term auto-theos is more intelligible than and preferable to homoousios. The real reason for hesitating on the latter word is that it is a meaningless pseudo-concept. Ousia doubtless means ‘reality.’ But not only are trees and rocks ‘real,’ dreams are ‘real’ too. They are real dreams. The number three is real. Everything is real, and thus the term has no meaning.” (p. 67-68)

“Charles Hodge, I think I may say, is the greatest theologian America has so far produced.” (p. 68)

“When we think one of God’s thoughts after him, his knowledge and our knowledge coincide at that point.” (p. 75)

“Accordingly the proposal is that a man is a congeries, a system, sometimes an agglomeration of miscellany, but at any rate a collection of thoughts. A man is what he thinks: and no two men are precisely the same combination.” (p. 106)

“To a necessitarian like Augustus Toplady, or the present writer …” (p. 117)