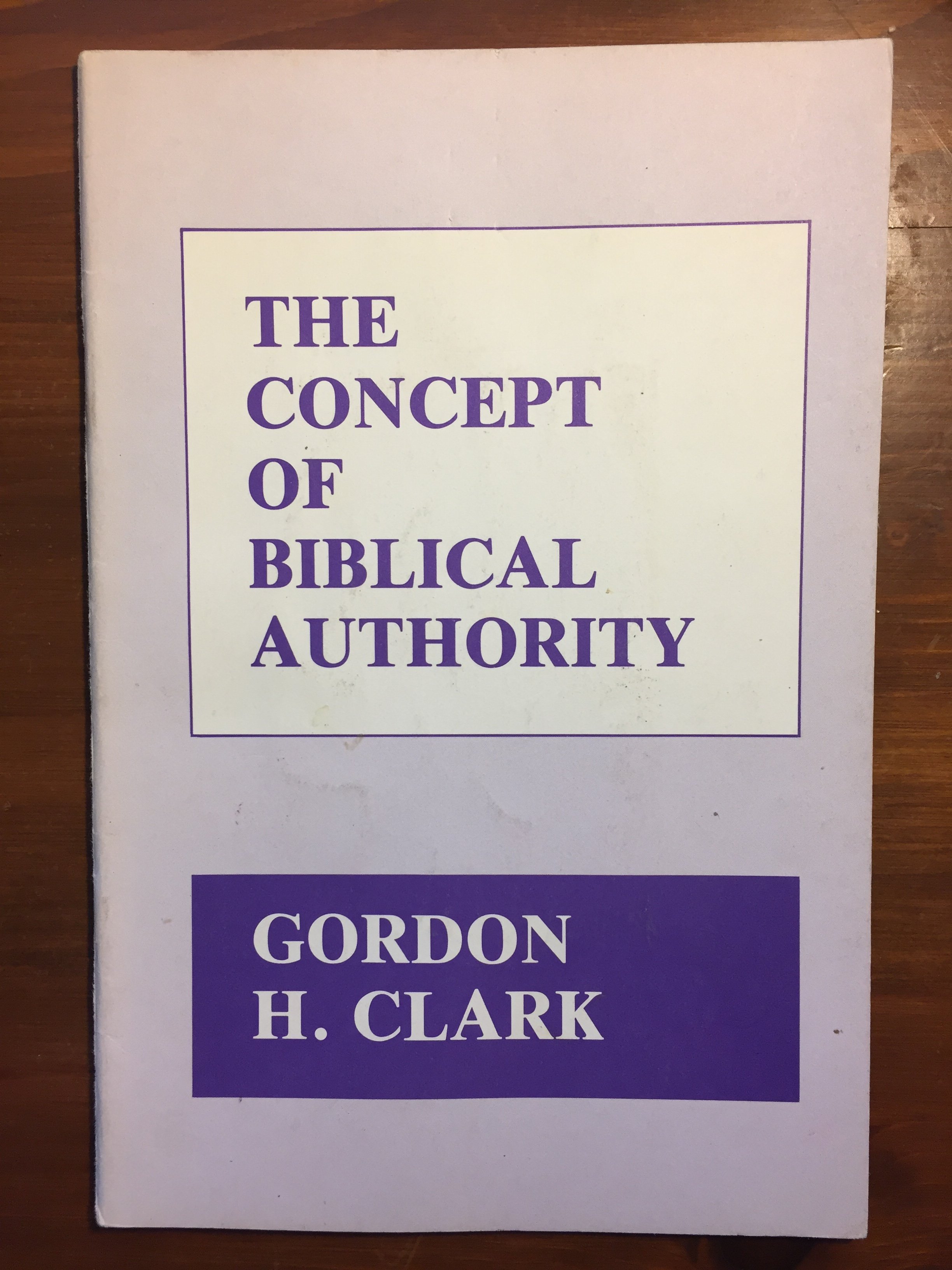 Note: This pamphlet was later included in God’s Hammer.

But he was not disappointed in the text of it, saying to John Robbins, “I hope you have distributed The Concept of Biblical Authority through the mid-west. This summer again I was in Colorado, with students + campers from the Mississippi to the Rockies, and their ignorance of the status quo is immense. Even the ministers are incredibly ignorant.” – GHC to John Robbins, Sept. 1, 1981.

The Concept of Biblical Authority is a rebuttal to Biblical Authority (ed. Jack Roger with Paul Rees, Clark Pinnok, Berkeley Mickseln, Bernard Ramm, and David Hubbard) who wrote “with the purpose of defending an erroneous Bible.” Clark writes, “Obviously their concept of ‘authority’ differs from that of historical evangelicalism, for it is hard to see how falsehood can be authoritative.” (p. 1) “What precisely their concept of authority is, an authority that comports with falsehood, is hard to determine.” (p. 1) The “fundamental defect of the volume as a whole” is that “they never show how falsehoods can be authoritative.” (p. 2)

Clark then gives an historical overview of the term “evangelical” and the doctrine of innerancy. The Belgic Confession—one of many confessions Clark’s cites—reads, “We receive all these books … believing without any doubt all things contained in them. …”

The volume by Rogers et. al “nowhere states how much of the Bible they believe, or on what grounds or by what authority they reject one doctrine or another.” (p. 4) While they contend that “the deceased B.B. Warfield and the living G. C. Berkouwer … both are committed to the infallibility with which Holy Scripture reflects and reveals God’s living purpose” (p. 4-5), Clark argues that “the difference between Warfield and Berkouwer is that the former believes the Bible to be true and the latter does not.” (p. 5)

Clark goes on to show that their references to Luther and Calvin as advocates of something less than inerrancy is preposterous. Ramm asks “is sola Scriptura the essence of Christianity?” which Clark believes is the wrong question. Properly, it should be asked, “is sola Scriptura essential to Christianity?” Responding also to Ramm, who found it odd that a person with a “mediocre mind and education” can be trusted but not a “man with a brilliant and evangelical faith like Thomas Torrance” because he is Barthian, Clark wrote, “Thomas Torrance is not an evangelical and is not to be trusted.”

Clark then writes, “We therefore press the question: if the Bible is not revelation, but only a fallible witness, how does one discover what in the Bible is true and what is false?” (p. 17)

Hubbard is seen to oppose inerrancy (and be Barthian) in his question “How do we read the Bible so as to hear God’s Word through it.” (p. 17) Clark comments, “Thus God’s Word is identified with something other than the Bible.” (p. 17) And, Clark notes, “With regard to Biblical consistency, it seems that Dr. Hubbard wants some, but not complete, harmony in the Bible.” (p. 19) But “There is no room for falsity in God’s speech.” (p. 19) 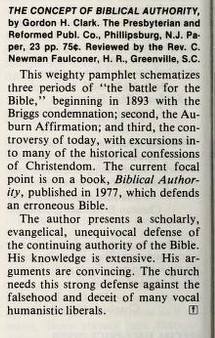 3 thoughts on “GHC Review 26: The Concept of Biblical Authority”