A question not uncommonly asked is whether John Robbins, the first editor of the Trinity Foundation, modified Gordon Clark’s writings in some substantial way when revising and/or reprinting them.

To answer this question I’ve made a quick look over the original published versions of Clark’s books and then compared with them the Trinity Foundation revisions to note modifications made. The results are shown at the bottom of this post. Naturally, I did not compare everything word-for-word, so if you know of other changes please inform me and I will update this post.

My general conclusion from this study (along with the benefit of a number of years of reading Dr. Clark’s books and looking at some of the original manuscripts) is that John Robbins did an honest job with Clark’s writings generally making only minimal edits.

Two books—Clark Speaks From the Grave and The Incarnation—have been most frequently under the spotlight.

Though Clark Speaks From the Grave is written in the third person, one should not assume that it is Robbins writing for Clark. In fact, in one of Gordon Clark’s audio lectures he jokes about lectures to be published posthumously. And, settling the issue, it is clear from a letter (GHC to John Robbins, 1/11/1985) in which Clark references having sent the manuscript of Clark Speaks From the Grave to John Robbins, that Clark had finished the volume while yet living and even had known of and approved the title.

Regarding The Incarnation, on 1/13/1985 Clark wrote to John Robbins saying “Another extremely difficult problem is the doctrine of the Incarnation. I have been working on it constantly since moving here, and have some 150 hand written pages.” On 1/25/1985 Clark wrote again to John Robbins saying “My MS on the Incarnation may have 230 handwritten pages. It needs perhaps 25 more as a good conclusion.” Clark would then have had a little more than two months to work on the manuscript before his final illness and death on April 9, 1985. The status of the manuscript as evidenced by these letters correlates well with Robbins’s statement in the preface of the volume that “He [Clark] did not quite finish the book, intending to add a few more paragraphs summarizing his hundred pages of analysis and argumentation, so he asked this writer to complete it for him.” (p. ix)

There is simply no evidence (that I know of) that Robbins modified Clark’s writings in any substantial way.

The only gripe I might have is that Robbins added an editor’s note attempting to correct Clark on one point in the 2nd edition of Predestination. (pp. 85-86) But, even here, this is an editor’s note. It is not a modification of Clark’s writing. The Collected Works editions also contain numerous editor’s notes, but they are clearly labeled as such. 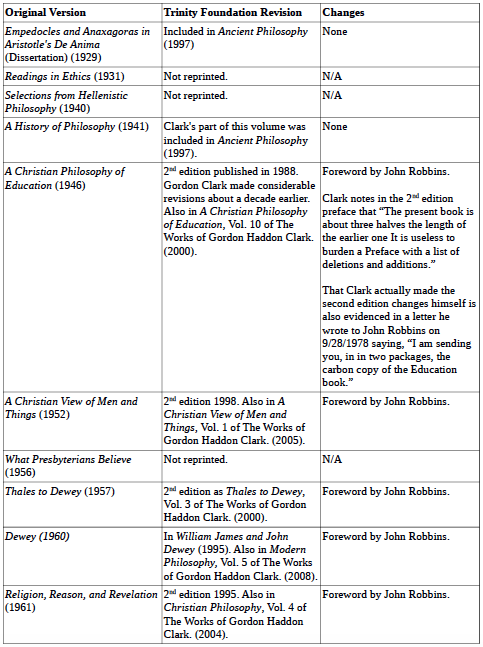 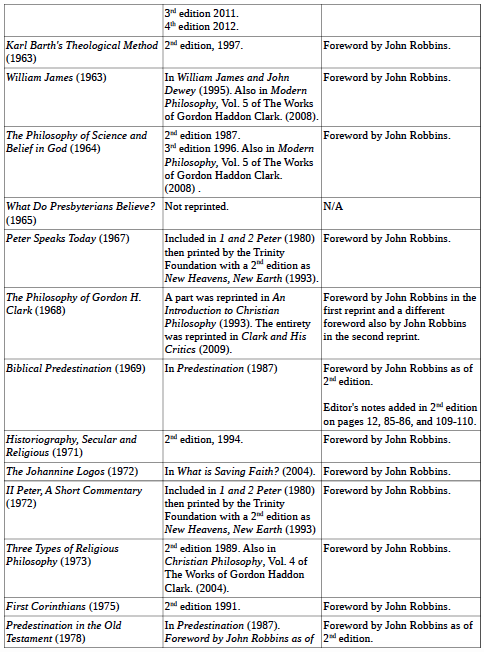 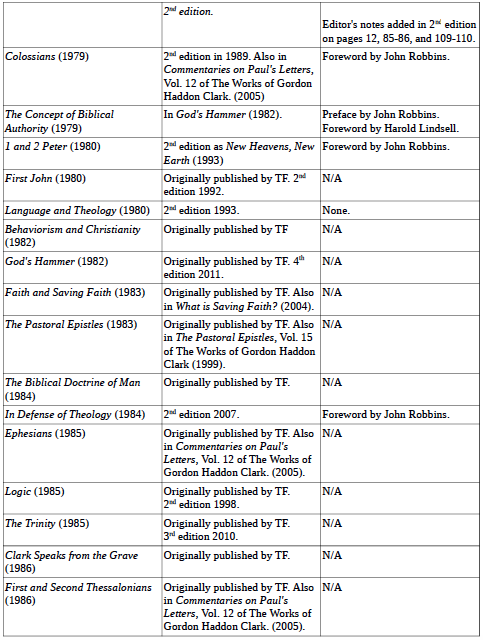 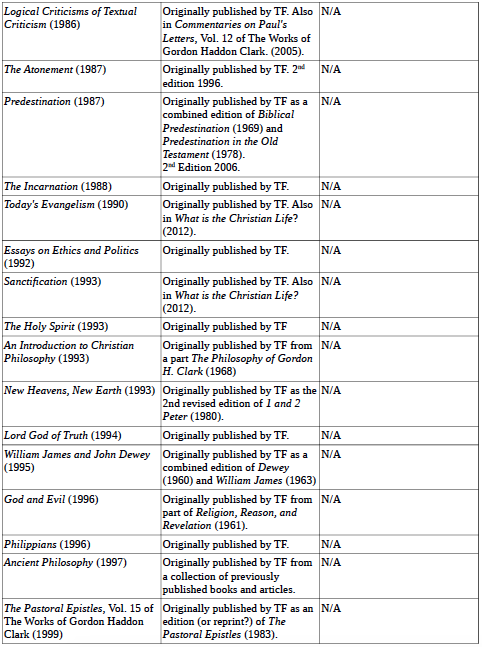 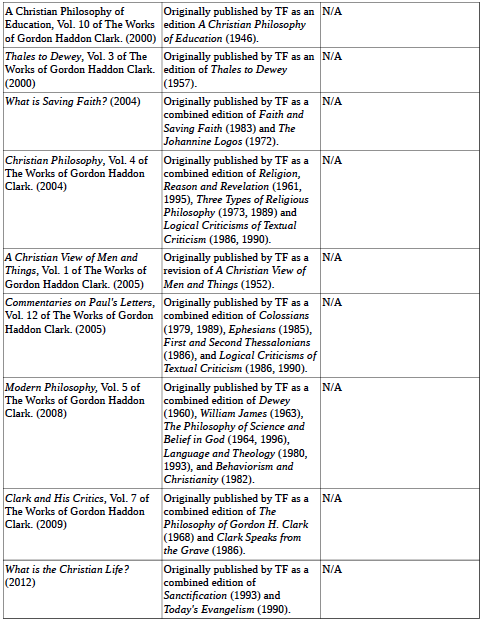