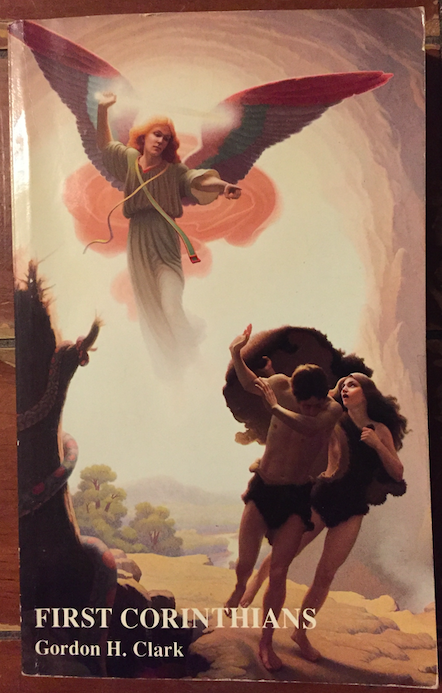 This is, I believe, the longest of all of all the commentaries Gordon Clark wrote. Throughout the volume Clark regularly presents various interpretations of disputed verses and provides arguments for the views he believes are correct.

Topics commented on in this volume include head coverings (Chapter 11), functional subordination in the Trinity (p. 132), Calvin against mere permission of evil (p. 156-158), the purpose of heresies in God’s plan (p.180), and ethical egoism (p. 164). But the topics in which Clark dedicates the most space include baptism, cessationism, and eschatology.

Regarding 1st Corinthians 7:14 (“For the unbelieving husband is sanctified by the wife, and the unbelieving wife by the husband; since otherwise your children are unclean, but now they are holy.”) Clark concludes, “It could and more likely would mean that only holy children are baptized, and since the Corinthians baptized them, it is clear that they were already holy. That is to say, baptism makes no one holy; but is a sign that the person, child or adult, is already holy. Therefore, the Corinthian churches, with this knowledge, baptized those infants, and thus everyone knew they were holy.” (p. 107) And he writes, “Thus the correct interpretation is that the conversion of one marriage partner automatically dedicates the whole household to God, and the implication follows that the children should be baptized.” (p. 108)

Also, on 1st Corinthians 10:1-4, he writes the following on the mode of baptism:

Cessationism is covered on p. 182, p. 200, and much of Chapters 13 and 14. Among this material is a critique of speaking in tongues. Clark’s emphasis is on intelligible propositions and their ability to edify the saints. He writes, “Could Paul have made it any plainer that nonsense does not edify? (p. 230)

Outside of Clark’s Systematic Theology, this commentary has more extensive comments on eschatology than any other of his writings. Chapter 15—corresponding with the 15th chapter of First Corinthians—is nearly all about eschatology. Someone more knowledgable on eschatology than I am could well put together a summary explanation and evaluation of Clark’s view—a limited form of premillennialism.

The 2nd edition cover is shown above. The original looked like this: 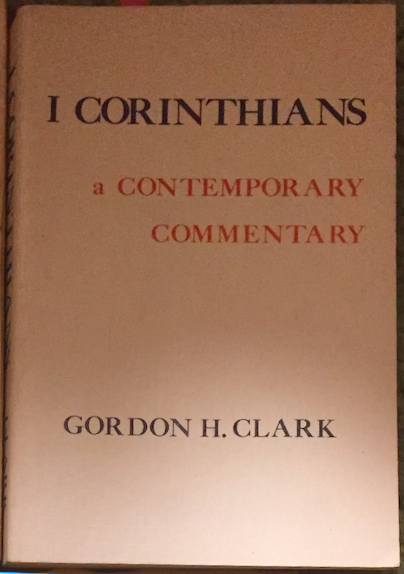