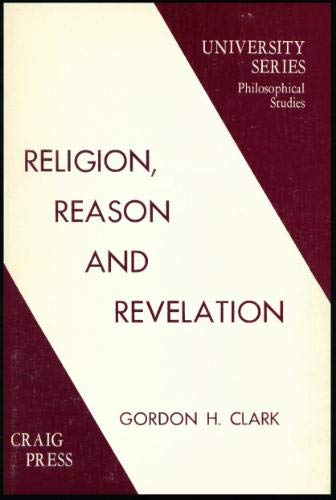 Religion, Reason, and Revelation was the book—so I was once told by Linda Robbins—that brought her husband, the late John Robbins, to support and defend the philosophy of Gordon H. Clark. And this, she informed me, was after Robbins had read a large number of books from other reformed authors.
This book is one of Clark’s best, and should be among the first of his books to be recommended.

Chapter 2: Faith and Reason
Here Clark delineates 4 approaches to the relationship of faith and reason:

1. “Reason and Faith” – Roman Catholicism
This view begins with a proof of the existence of God, moves to the probability of special revelation, and then to the reasonableness of the Scriptures. Reason here is that which is demonstrable and empirical, while faith is of truths supernaturally revealed. Clark argues that the cosmological argument for the existence of God, best argued by Thomas Aquinas, is a fallacy. “It is not possible to begin with sensory experience and proceed by the formal laws of logic to God’s existence as a conclusion.” (p. 36) Clark gives a number of reasons to reject Aquinas’s argument. For one, he argues, it is circular because motion is used in the explanation of the concepts of potentiality and actuality and these concepts are used to define motion. And the argument is invalid because Aquinas uses the word exists in two different senses.

2. “Reason without Faith” – Modern philosophy from Hegel to Descartes
For the rationalists reason means logic. For the empiricists reason means sensation. But these philosophies, along with those of Kant and Hegel, have failed to justify knowledge. In despair, one is lead to the next category which abandons reason.

3. “Faith without Reasons” – Mysticism, neo-orthodoxy, Nietzsche, and instrumentalism.
Dionysius the Areopagite, a fifth century Christian Neoplatonist placed a realm above reason. In this realm knowledge is impossible because the unity of the Neoplatonic One prevents even the dualism of subject and predicate, elements basic to knowledge. Clark then includes the Zwickau Prophets and even some twentieth century fundamentalism as advocates to a certain extent of faith without reason. Neo-orthodoxy, Karl Marx, and Soren Kierkegaard, each having roots in post-Hegelianism also fit the bill. For Nietzsche there is even “no such thing as mind.” (p. 79) With the failure of secular philosophies, Clark concludes, “Only by accepting rationally comprehensible information on God’s authority can we hope to have a sound philosophy and a true religion.” (p. 87)

4. “Faith and Reason” – Christianity
On this view “reason and faith are not antithetical but harmonious” and “faith will be given an intellectual content.” (p. 87) In this section Clark, for the first time in his published books, explains his view of faith. “Exegesis will reveal that faith, Christian faith, is not to be distinguished from belief.” (p. 99) [For more on that subject see here and here.] The main current of Christianity, with its emphasis on creeds, has always been intellectualistic. (p. 103) “Reason may well be defined as logic. … When a Christian theologian is deducing consequences from Scriptural premises, he is reasoning—he is using his reason. … With this conception of reason there no longer remains any conflict between reason and faith.” (p. 110) Revelation is needed as the basis of a rational worldview. (p. 111)

Chapter 3: Inspiration and Language
The focus of this chapter is to defend verbal inspiration, innate logic, and literal language. Regarding biblical inerrancy Clark argues that we must look at what the Bible has to say about itself, and that it has a clear doctrine of inerrancy. He writes, “This doctrine of inspiration is not something tenuously deduced from two or three isolated verses. On the contrary, it is the explicit, the repeated, the constant, the emphatic declaration of the Bible in all its parts.” (p. 115)

Then rather than an evolutionary view of the origin of language, Clark contends for a Biblical view. Here men, created in the image of God, have “the innate ability to think and speak.” (p. 135) “Augustine teaches that the presence of Christ the Logos endows all men with certain speculative or philosophic ideas as well. Communication therefore becomes possible because all men have these same ideas.” (p. 135) “The ideas of a special and peculiar theological language essentially different from language used in other subjects is, I believe, completely untenable.” (p. 137)

Linguistic theories that contend all is metaphor are mistaken as metaphor must ultimately rely on literal language.

Clark’s later books Language and Theology (1980) and God’s Hammer (1982) expand upon the topics of this chapter. Despite these writings, I believe Clark’s view of language is not discussed as often as other elements of his philosophy. Such would make a good topic for a thesis.

Chapter 4: Revelation and Morality
“Can humanism, having rejected revelation, provide a logical ground for any moral laws whatever? Can naturalism furnish a rational basis for any of the decisions of life?” (p. 152) Clark contends, “a rational life is impossible without being based upon a divine revelation.” (p. 152) He then looks at utilitarianism and Dewey and instrumentalism before positing his own theory of Christian ethics. In what has become the refrain in Clark’s writings, we might summarize the conclusion as “to avoid skepticism, we must appeal to revelation.”

Chapter 5: God and Evil
Finally, we come to the fifth and final chapter of this volume. This chapter (an expansion of Clark’s 1932 essay “Determinism and Responsibility”) was later broken off as its own book in 1996 as God and Evil, The Problem Solved. Both the essay and the chapter/book are of great importance in Clark’s system. The basic idea is that responsibility does not necessitate ability. Man is responsible for his sins even if he could not do otherwise. By defining the terms properly (the importance of which was emphasized in chapter 1) the problem of evil is found not to be a problem at all. The straightforward Calvinistic solution is shown to be superior to free will theodicies. This final chapter deserves to be read and re-read a number of times.
While the cover of the book shown above was the original design, other covers have been used in later printings including these: 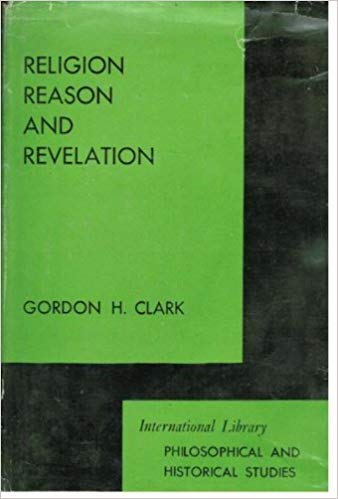 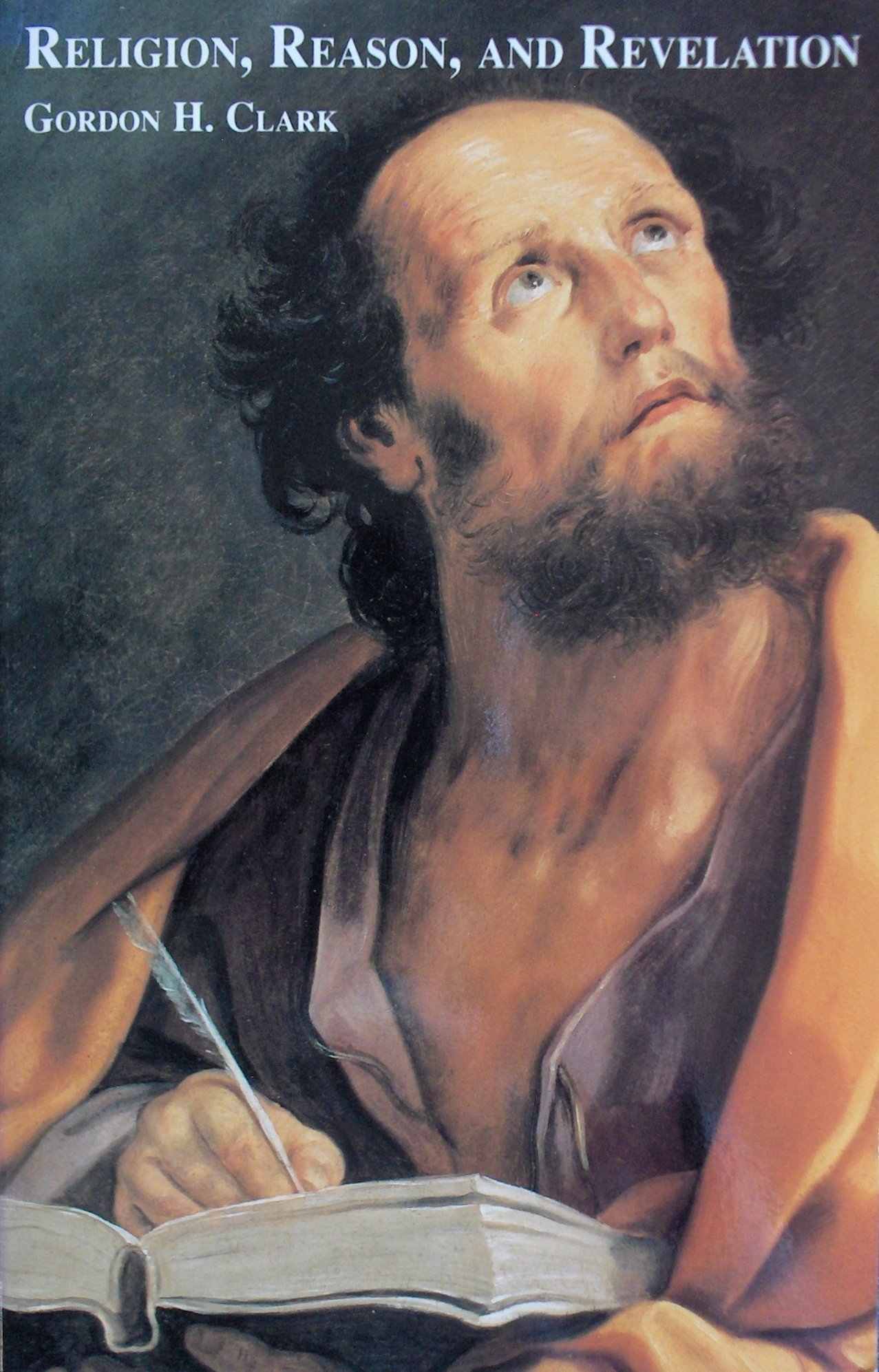 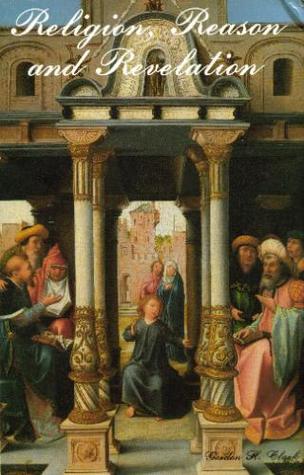 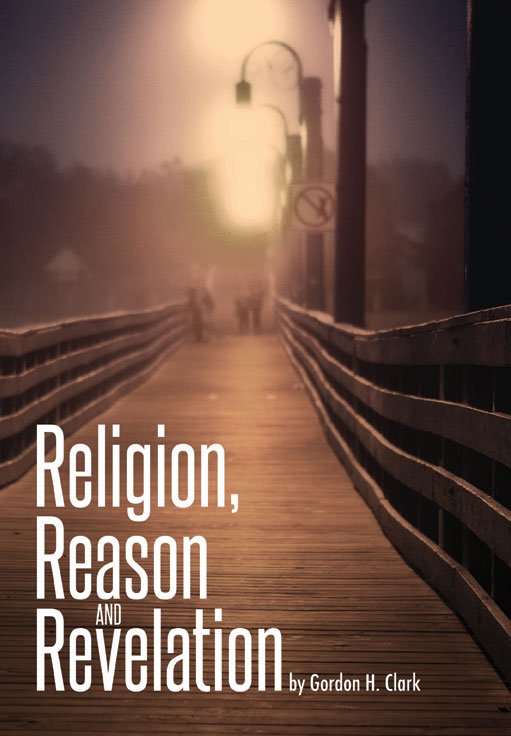