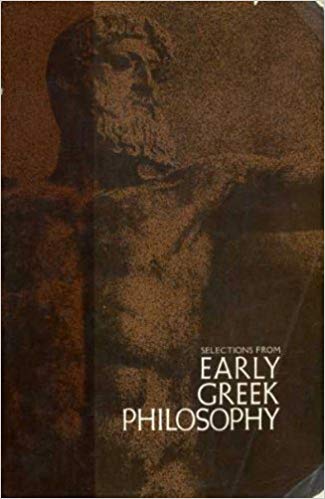 To this volume edited by Milton C. Nahm, Gordon Clark contributed the translations of the Democritean material, pages 154 to 207. Clark’s work is acknowledged both in the preface of the volume and in a footnote at the beginning of the section on Democritus. In the same footnote Clark’s professor-turned-colleague in the philosophy department at the University of Pennsylvania, Isaac Husik is also noted for his work in the revision of some paragraphs.
While the translations do not themselves indicate anything of Clark’s views, they do evidence his ability in the Greek language. And it was the ancient Attic Greek of the philosophers and not the later Koine Greek of the New Testament that Clark first learned.