In the library of Dillingham Presbyterian Church there hangs on the wall pictures of each pastor to have called the church home. The first of these has a plaque noting “Rev. Robert P. Smith, 1896 Church Planter.” Though the honor of “Founding Pastor” of Dillingham Presbyterian Church is reserved for the second plaque on the wall – E. Mac Davis – it was Smith, working for the Asheville Presbytery, who likely preached the first sermon at the spot and whose efforts laid the groundwork for the church plant.
Robert Perry Smith (Mar. 24, 1851 – Feb. 4, 1936) was quite an accomplished man. Though orphaned at age 12, he later graduated from Columbia Theological Seminary (in Columbia, SC). He was the principle of Reidville Boys Academy (1874-1875), Reidville Girls Academy (1877-1885), and the 2nd President of Presbyterian College (Clinton, SC) (1885-1888). In 1888 he went to work in the mountains of North Carolina. After first serving as a pastor in Gastonia, NC, he worked for the Presbytery of Asheville as the Superintendent of Home Mission Work for thirty-three years. In that role he planted a number of churches in the region and, in 1904, organized the Mountain Orphanage in Crabtree near Canton, NC. The orphanage, which operated from 1907 to 1922 in Balfour, NC, moved next to its present site in Black Mountain, NC where it continues operating today as the Black Mountain Home for Children, Youth, & Families. Smith’s dedication to the mountain churches and people earned him the nickname “The Shepherd of the Hills.”
Smith was married to Ella Louise Reid (July 4, 1853 – Jan. 3, 1934), the daughter of Presbyterian minister Rev. Robert H. Reid, of whom Reidville, SC is named. In 1931 he wrote Experiences in Mountain Mission Work published by The Presbyterian Committee of Publication in Richmond, VA. He died in Asheville in 1936 and his body is buried there at Riverside Cemetery. His wife preceded him in death by two years.
Smith’s book Experiences in Mountain Mission Work tells of the interesting and unusual happenings in his travels and work in the isolated mountain regions.
Just getting to the mission field was challenging itself. Smith writes, “Of necessity the roads followed the courses of the streams. Much of the way they occupied the same space. Often the stranger asked: ‘Is the creek in the road, or is the road in the creek?’”
Recalling the all-too-common illiteracy there he wrote, “There was not a book of any kind in the home and not a member of the family could read.” (p. 24) Though “deprived of school privileges and possessing a meager vocabulary,” Smith writes of the people, “they do not hesitate to pass beyond Webster and coin a word when it is needed.” (p.30)
Poverty forced the people of the region to be industrious and insightful. For example, one man told Smith, “Twenty-two years ago I went South on a trading trip and with other things I bought this box of matches and paid fifteen cents for it. We have used only four or five out of it.” (p. 28)
That Smith and the preachers who came to the Western NC mountains were well-needed and wanted is seen in a story of Smith’s of one lady he met who had a church certificate in her trunk lying there for thirty-two years. When asked whey she didn’t just join another church she said: “I kept hoping that a Presbyterian preacher would come some day and I wanted to have a Presbyterian home for him and give him a Presbyterian welcome. I have lived to see my hopes realized, I am glad to see you.” (p. 116)
References: 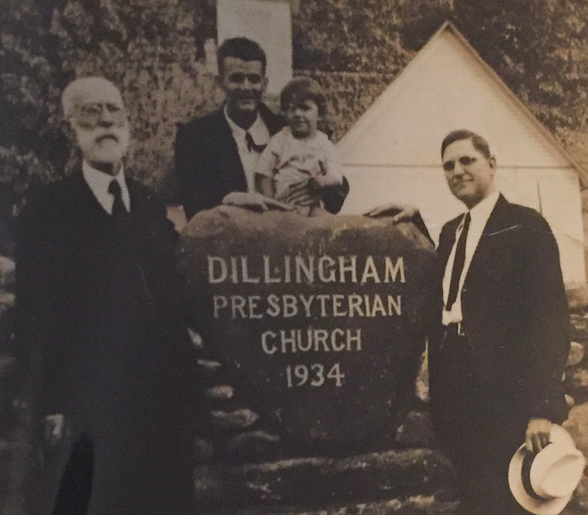 1 thought on “Robert Perry Smith, “The Shepherd of the Hills””