Harrison and I had been planning to do this trip in a few weeks when in between semesters we have a week off. But, when our recent Ethics course professor gave us Friday off, we had the opportunity to do the hike early. While packing up to leave on Thursday, Aug 21, 2014, we gained a third hiker with the addition of Elias. The plan was to hike East-West across the Sangre de Cristo Mountain range to the small town of Crestone, CO and then return on another trail.

We made it out of the seminary just before 5 PM and drove up to a trailhead at Alvarado campground. That evening saw a 6 mile climb up over 3,000 ft to the Crestone lake where we camp at an elevation over 11,000 ft. The day was sunny but unseasonable cool with temperatures in the 50s up at elevation. It was an arduous climb but we made it to a really nice campsite with many deer, marmots, and pikas in the vicinity. Missing a couple stakes for our tent, we used instead a fork we found on the trail and a pocketknife for two of the corners.

On Friday we woke up just after the sun, packed up, and continued our climb to the top ridge of the mountain range at aver 12,500 ft. That morning it had started to rain lightly. I figured this would quickly pass as it usually does in Colorado. We hadn’t checked the weather before we left because the internet was out for our entire town of Westcliffe. We cross over the center of the mountain range and mistakenly took the wrong trail, the Phantom Terrace for a mile in the wrong direction. The rain had started coming down harder, the wind had picked up, and the temperatures were in the high 30s. Being so cold (and in August!) we hurried down the trail to get below treeline to stop the wind from beating our faces. However, it took over an hour to reach the treeline by which time we were quite wet and cold. The rain did not stop for the rest of the day. The Comanche trail which we were on appears to be lightly traveled in this connector section to the North Crestone Lake Trail which would bring us to our ultimate destination. So we pushed through high grasses and overgrown shrubs and trees getting ourselves soaked in the process. We saw a number of bucks. On this side of the range were only bucks, on the Eastern only does. We continue hiking down what would be a total descent of over 4,500 ft to the town of Crestone. Harrison twisted his ankle quite badly and I gave him one of my hiking poles to use. Finally at 2:00 PM we made it to Crestone, a couple hours later than I had originally expected. The trail was longer than appeared on the map due to the numerous switchbacks. All told we made about 11 miles on Friday.

Soaking wet, and freezing (it was about 50F in the town) we made our way to a small laundramat and dried off our clothes using the dryers. Seeing our pathetic conditions (for I had sore knees and blisters as well) we decided not to head back into the mountains. We made a call back to town to get a pickup from Andrew. But he wasn’t able to come that day, so we rented a hotel room and checked out the town.

Crestone CO is a unique place. South of town there are a number of Buddhist and Hindu monasteries. One Catholic as well. It is basically a new age town hidden in Colorado with only a few hundred residents. But an incredible range of people they are. Many foreigners and unusual sorts. This is really a hidden gem that few likely know about. Town was busier than normal due to an Energy festival coming on Saturday.

Exhausted we got some great food at the Bliss cafe and retired to the hotel where we slept until morning. The rain had stopped by Saturday, but with our injuries we continued with our plan to get picked up. At 11 Andrew picked us up to make the journey by van around the mountain range. On the way we stopped at the Great Sand Dunes Nat’l park. The whole trip was exhausting but a lot of fun. 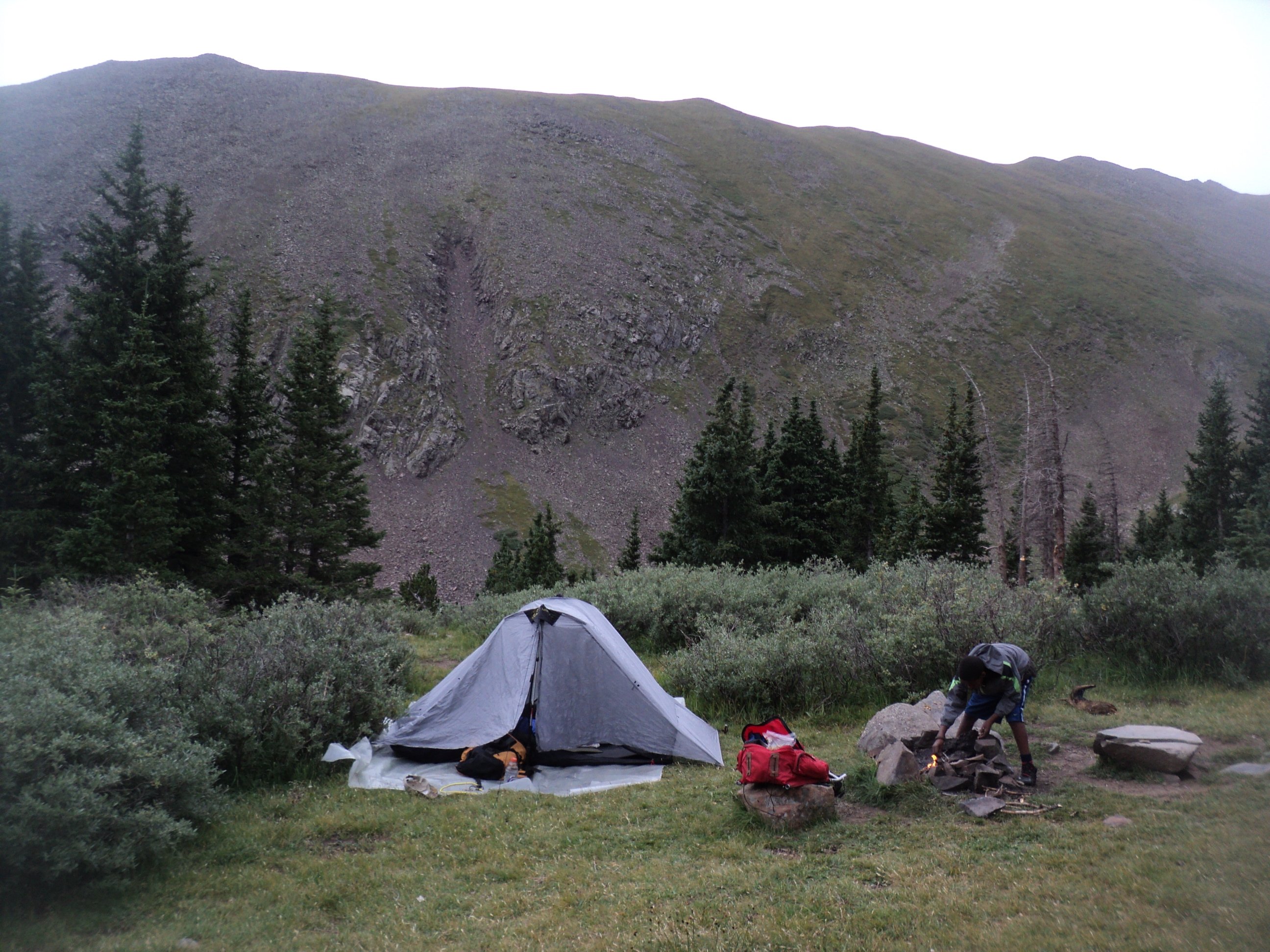 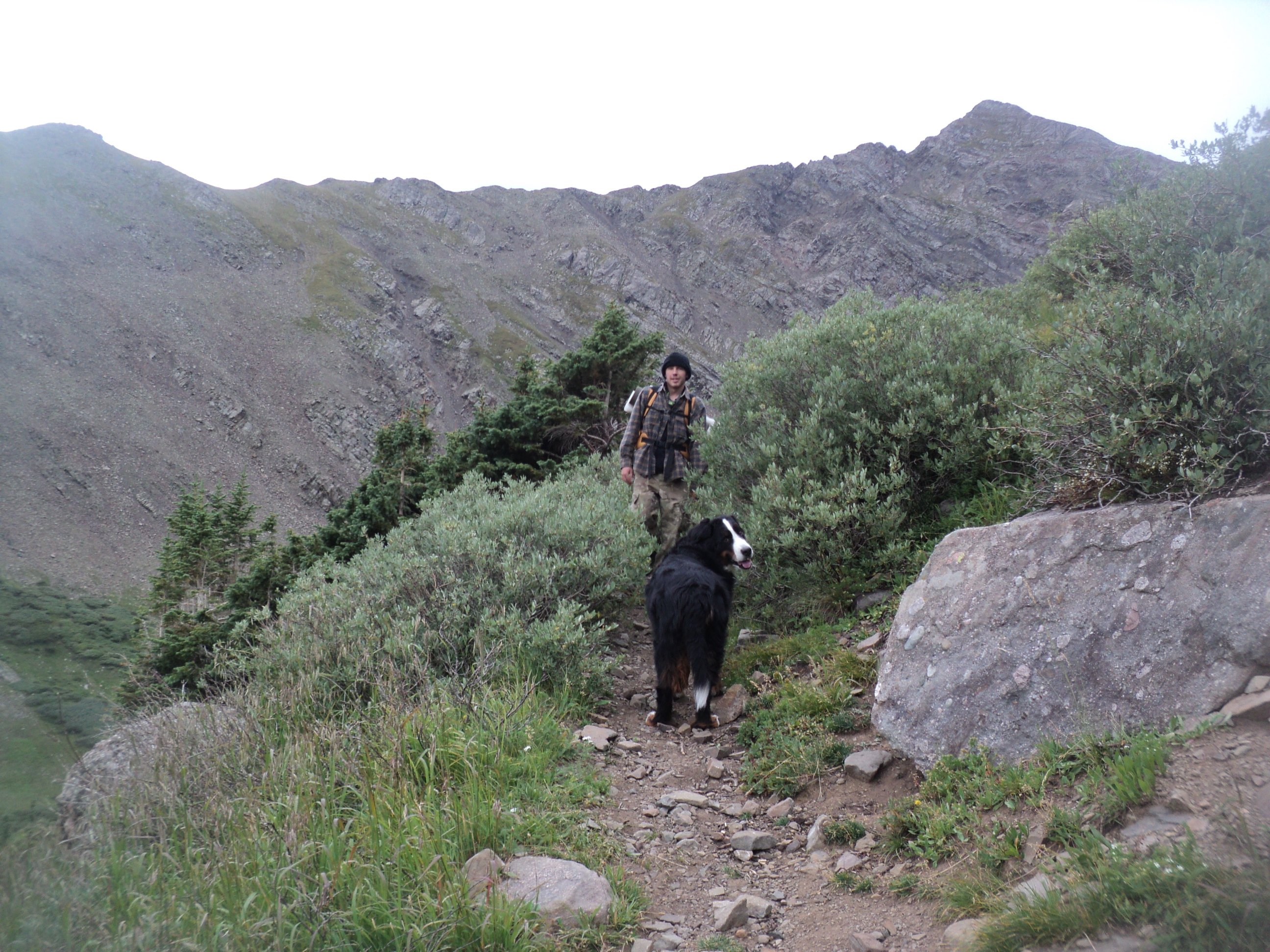 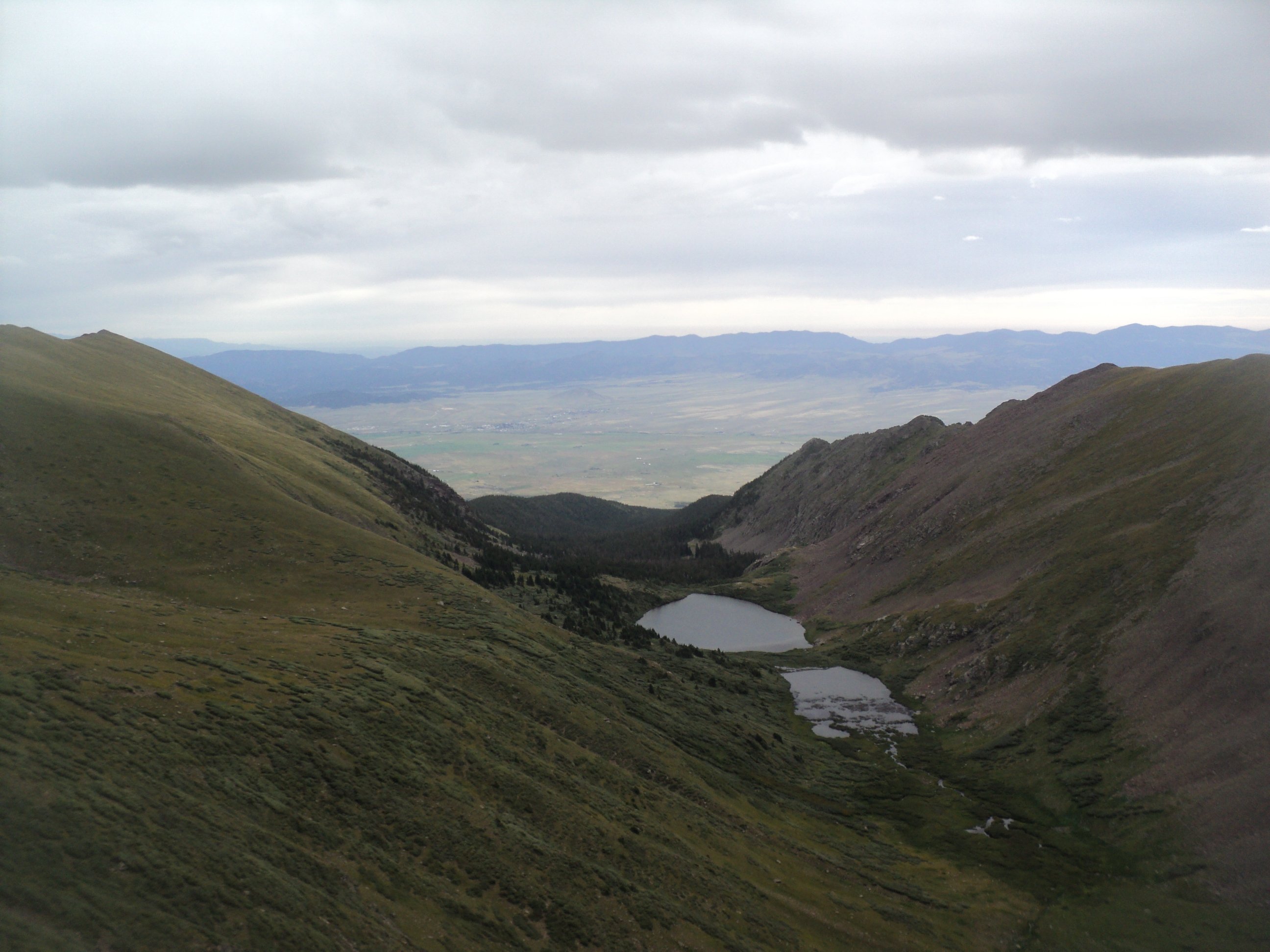 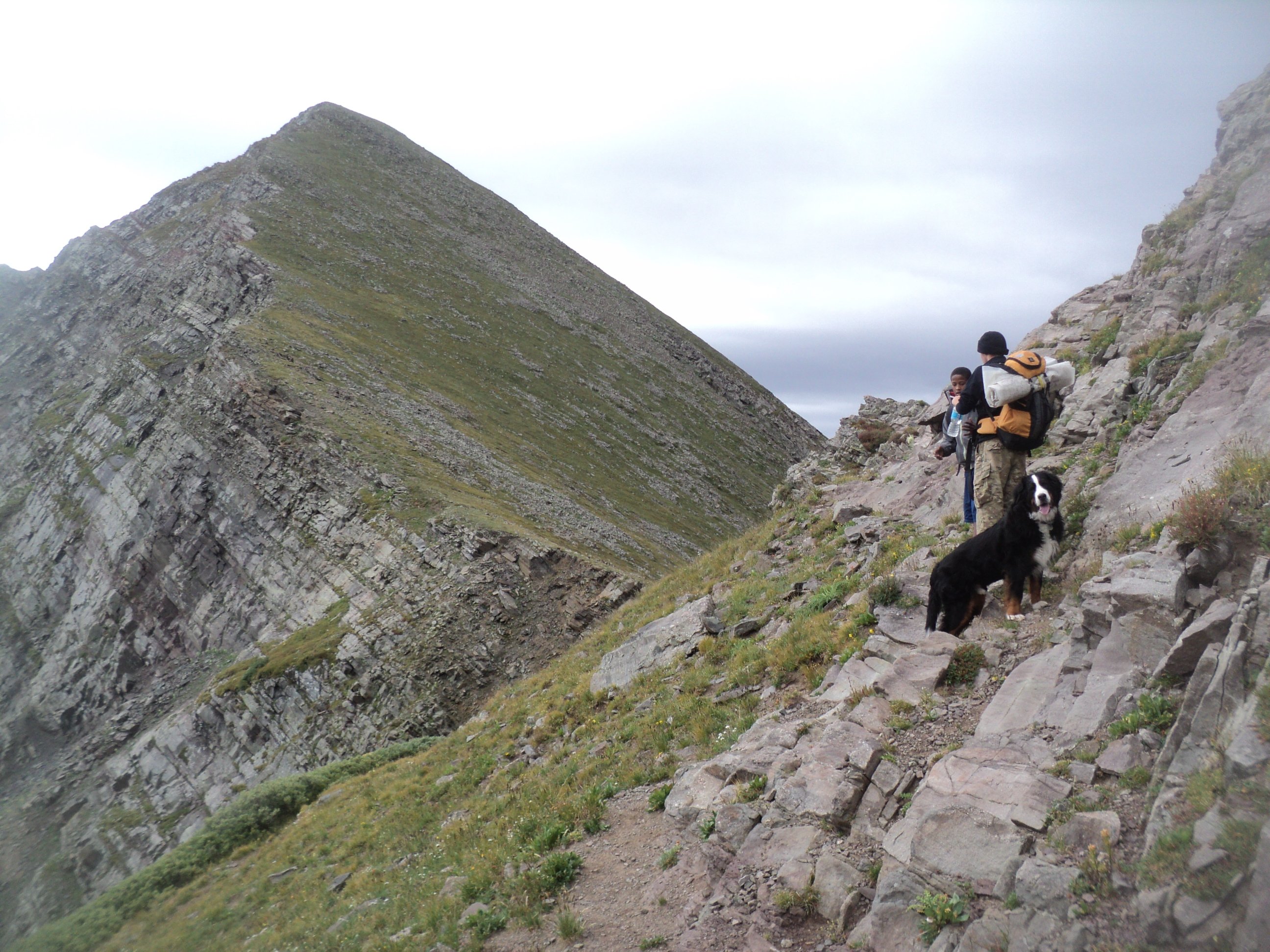 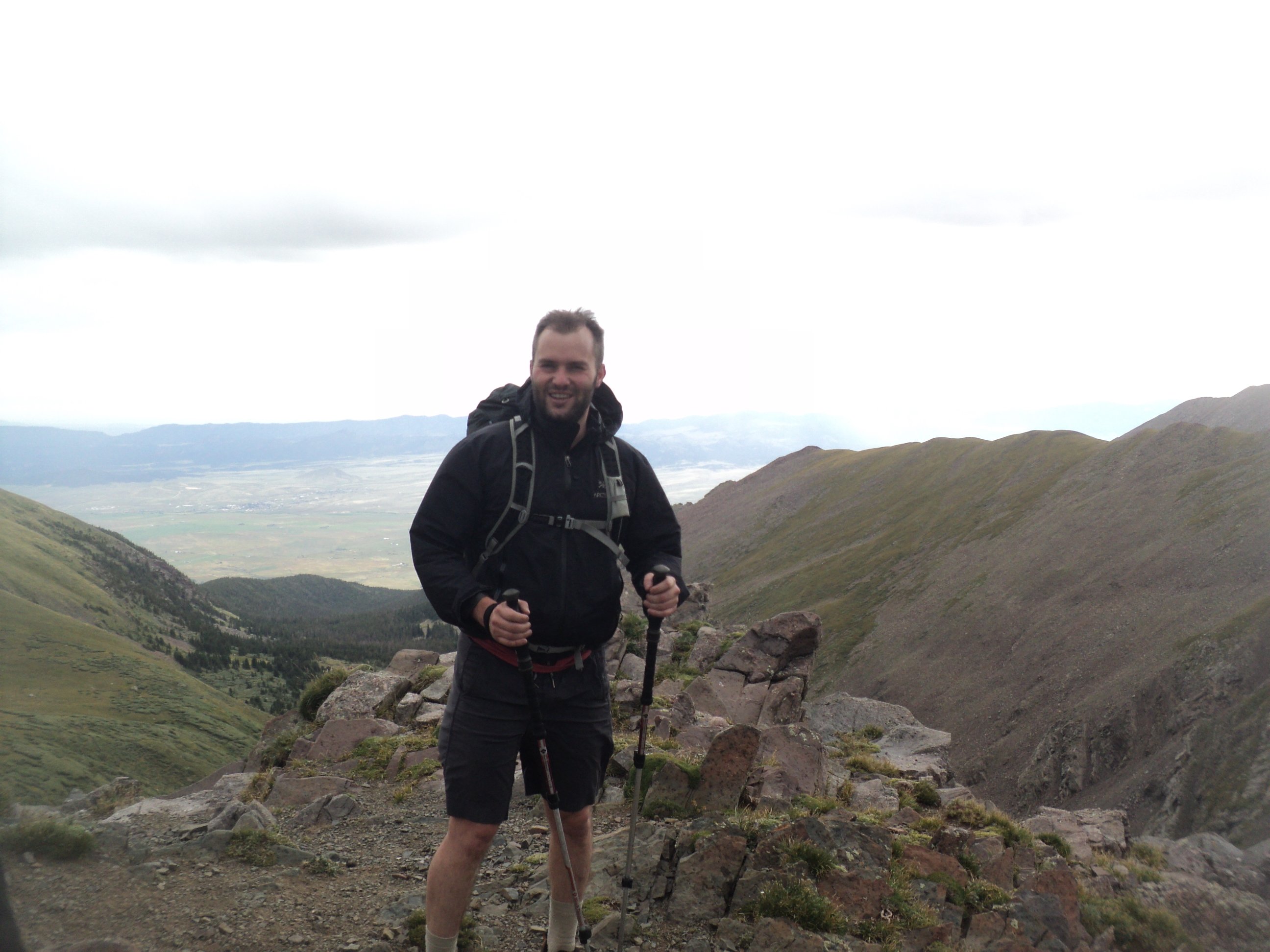 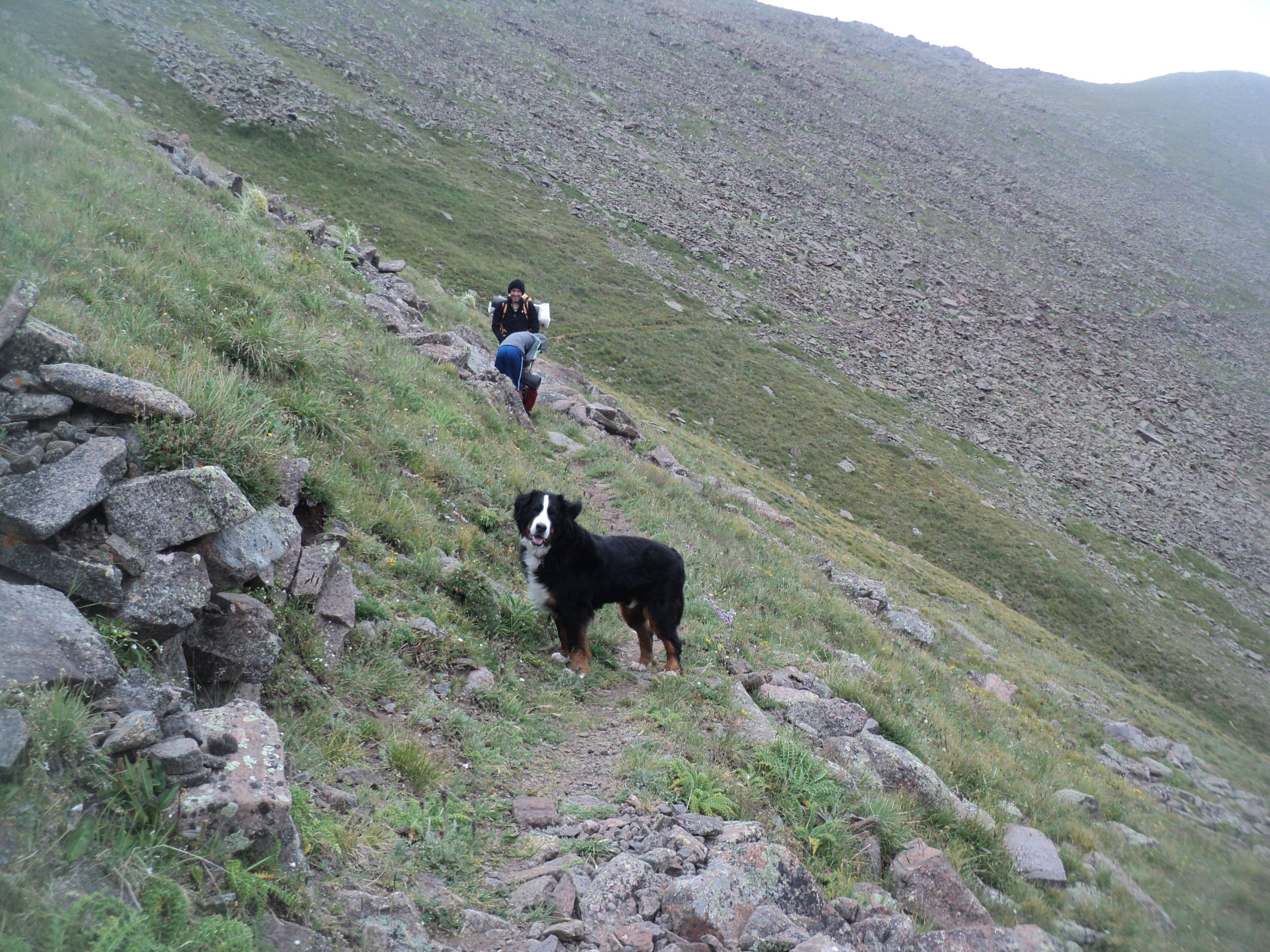 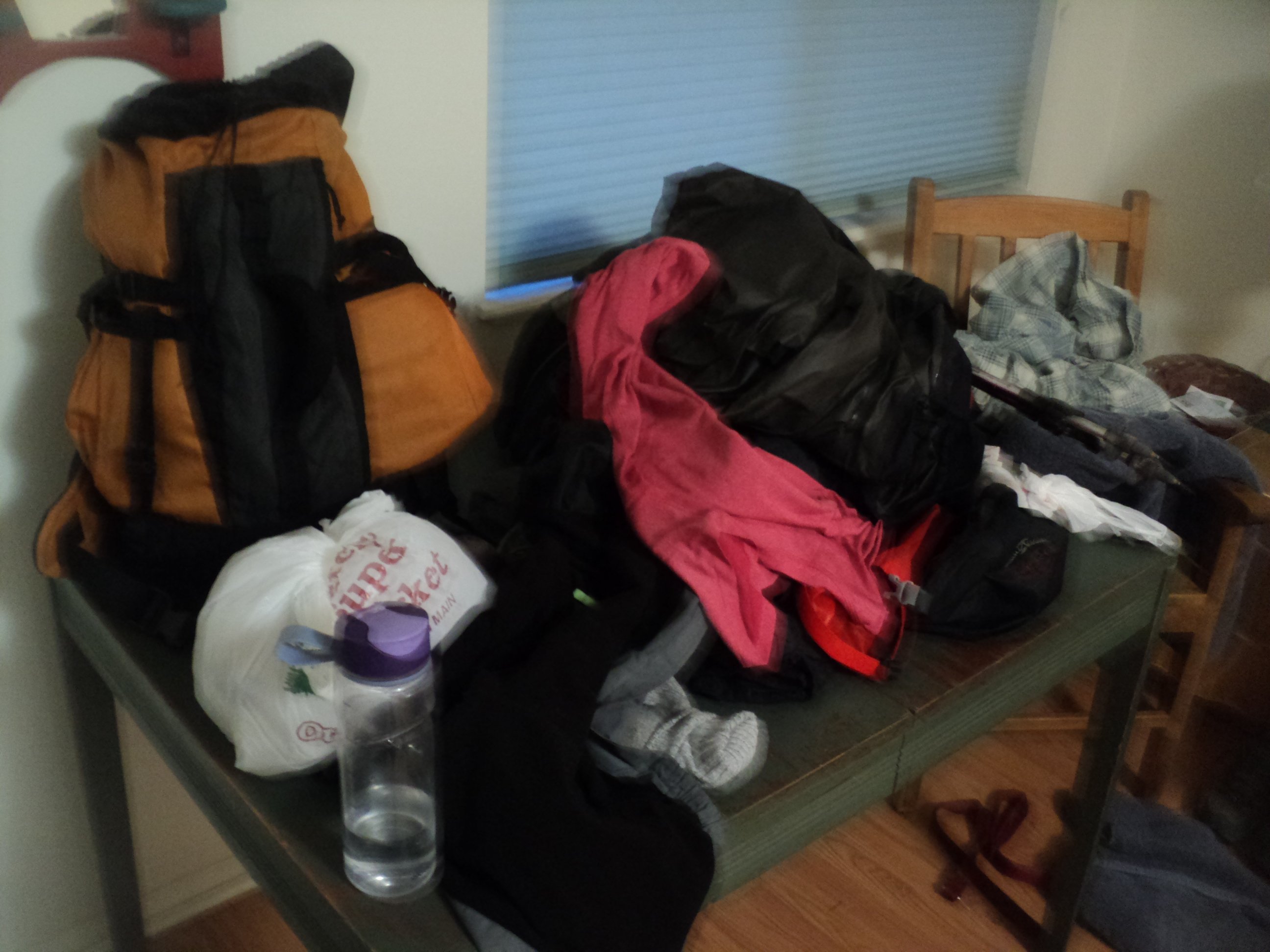 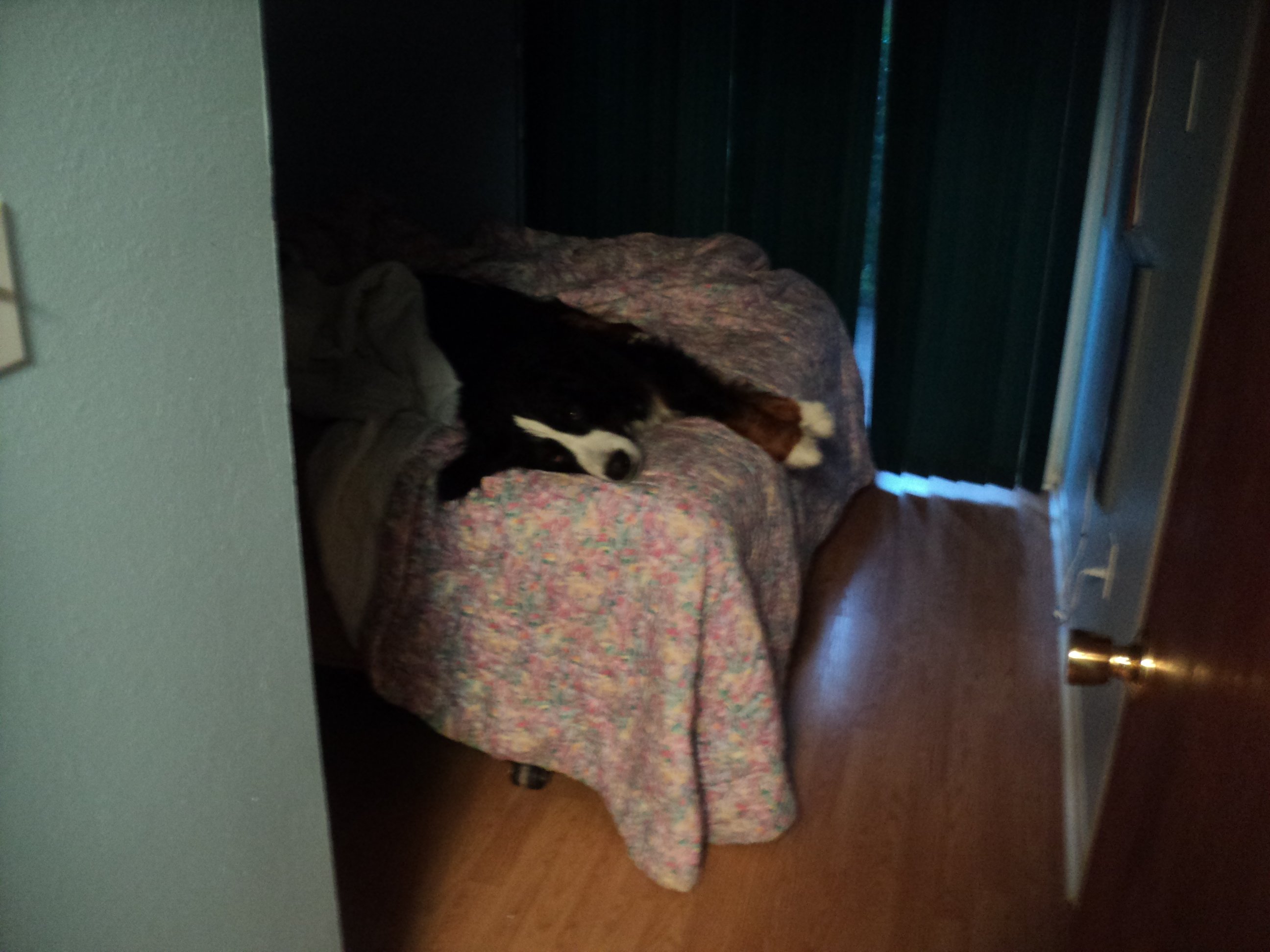 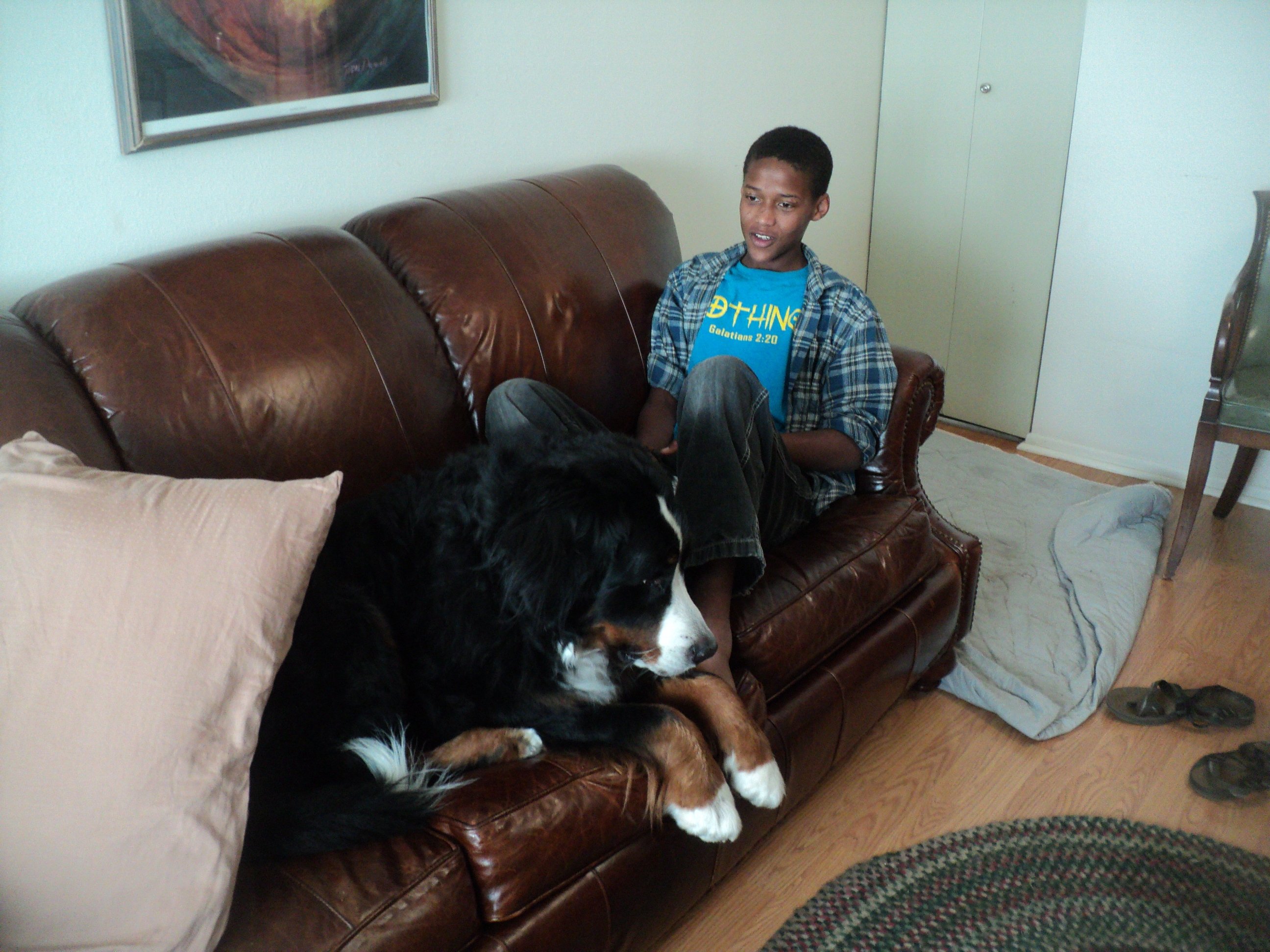 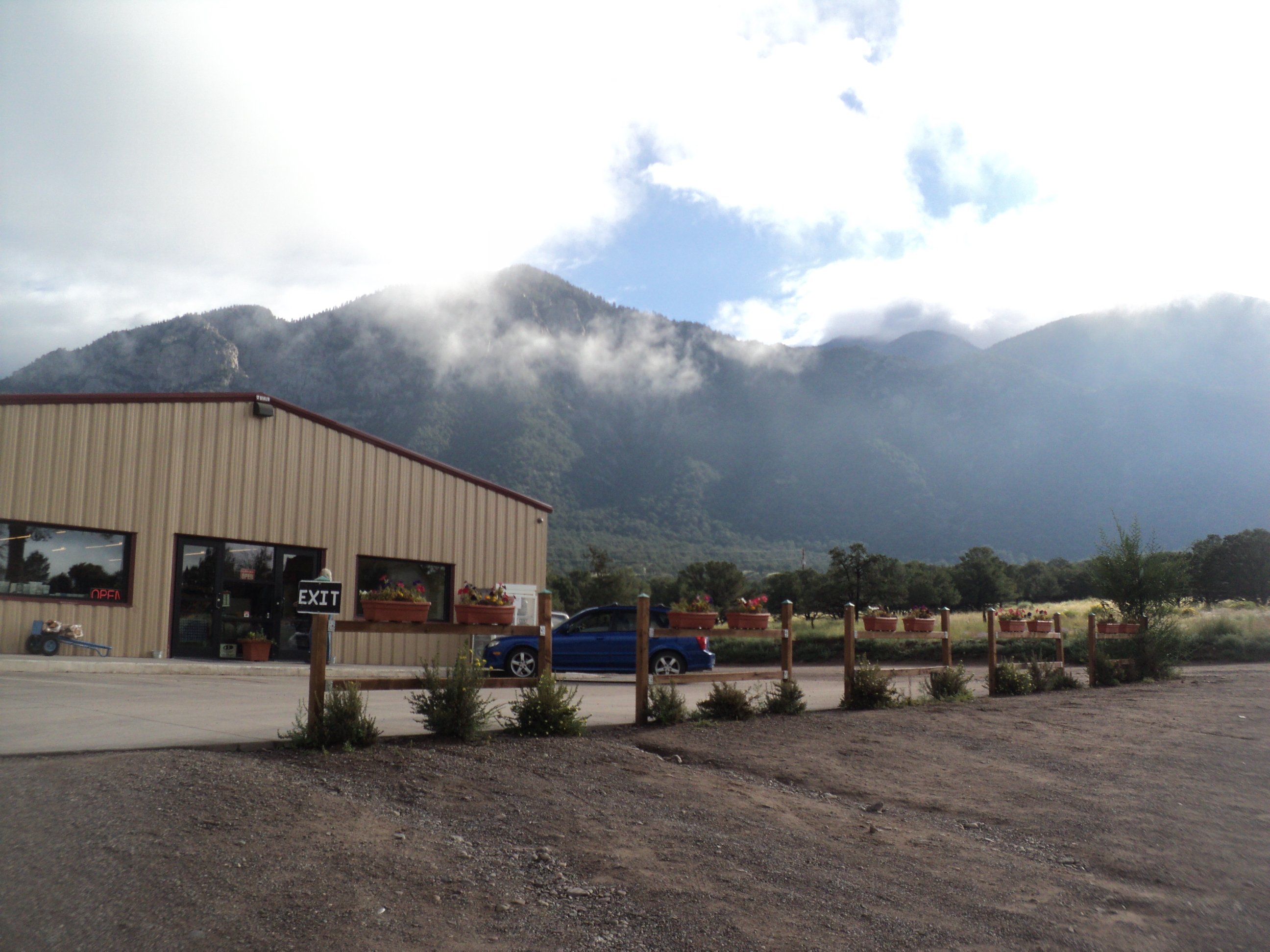 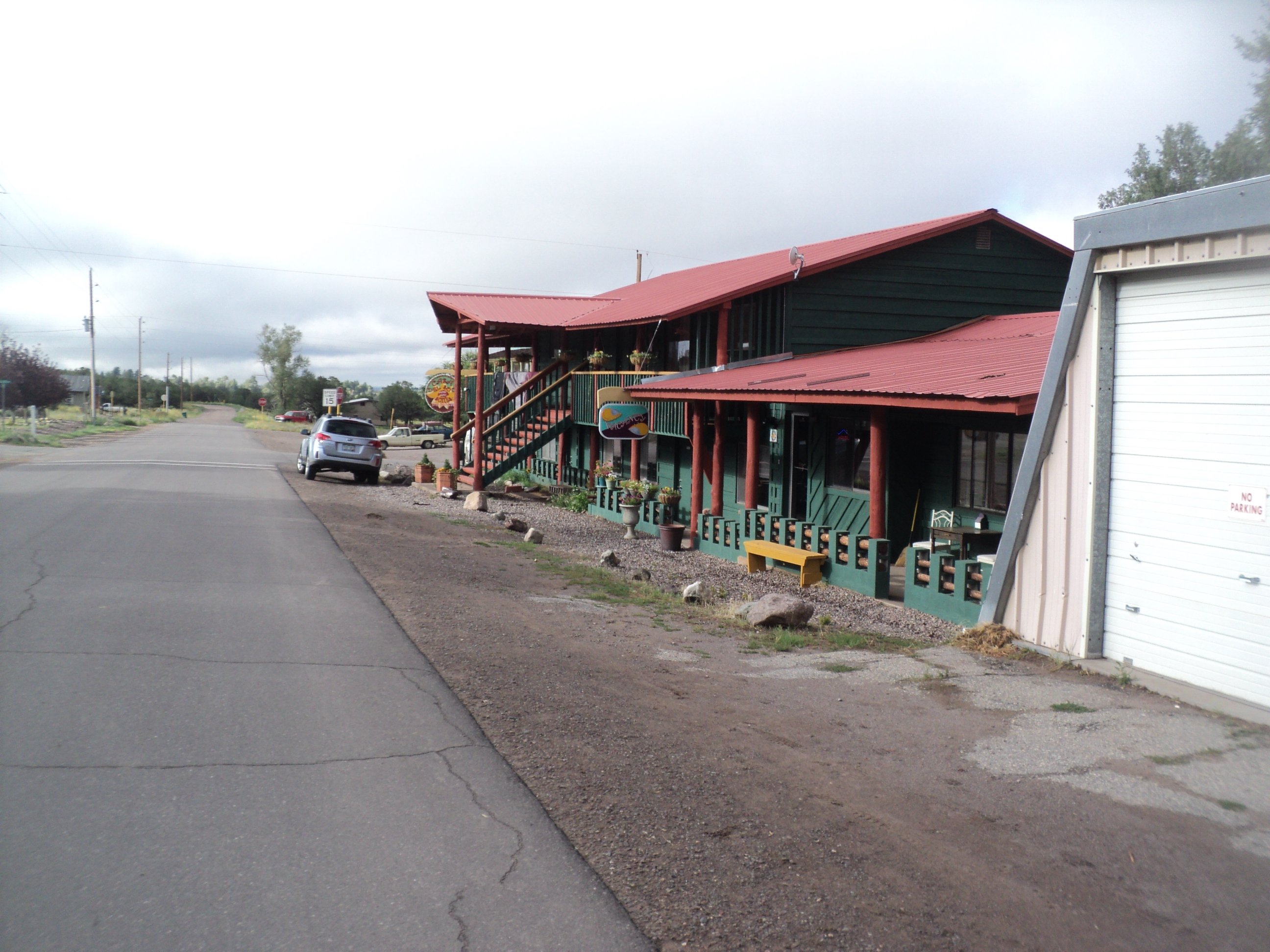 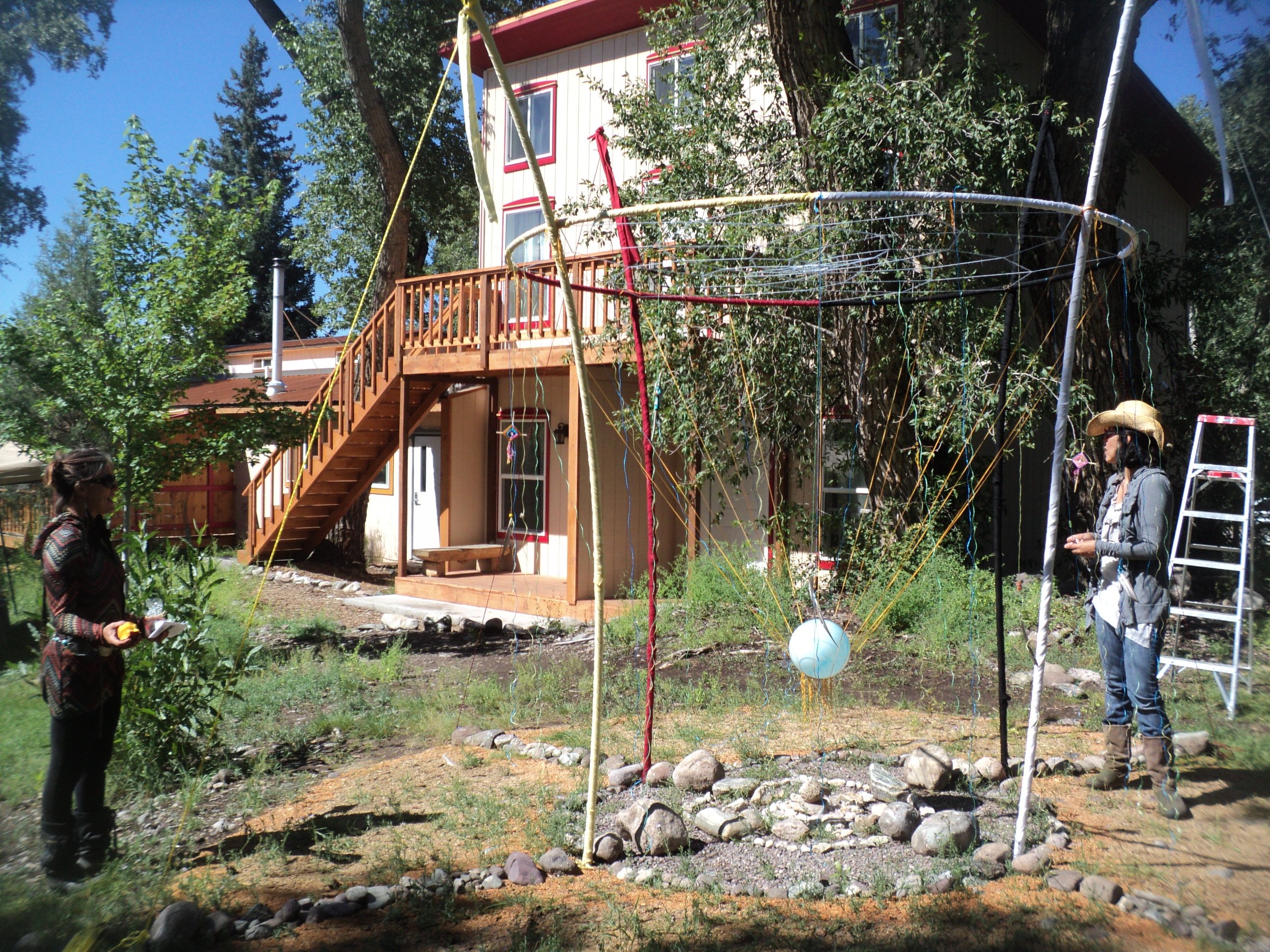 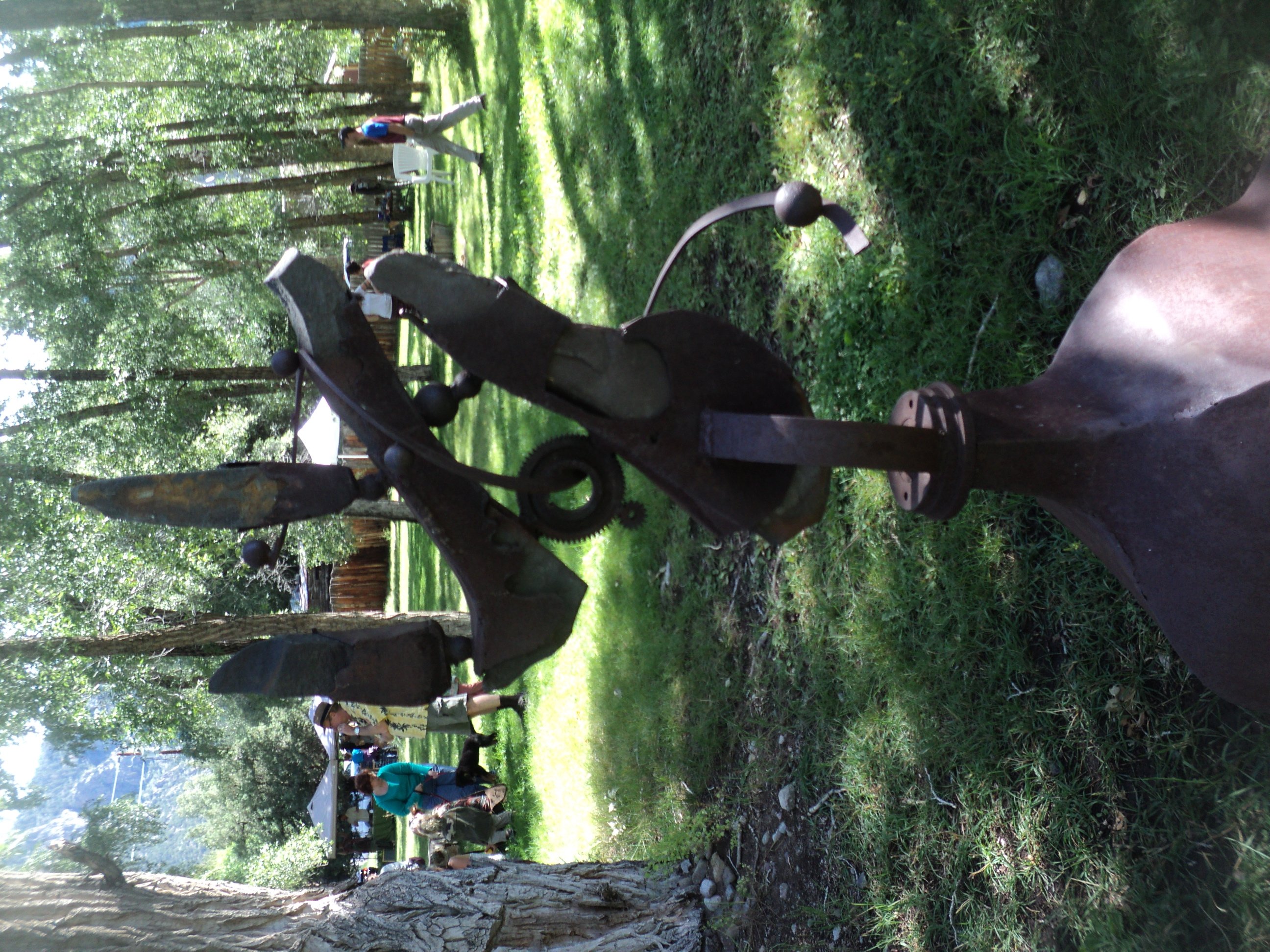 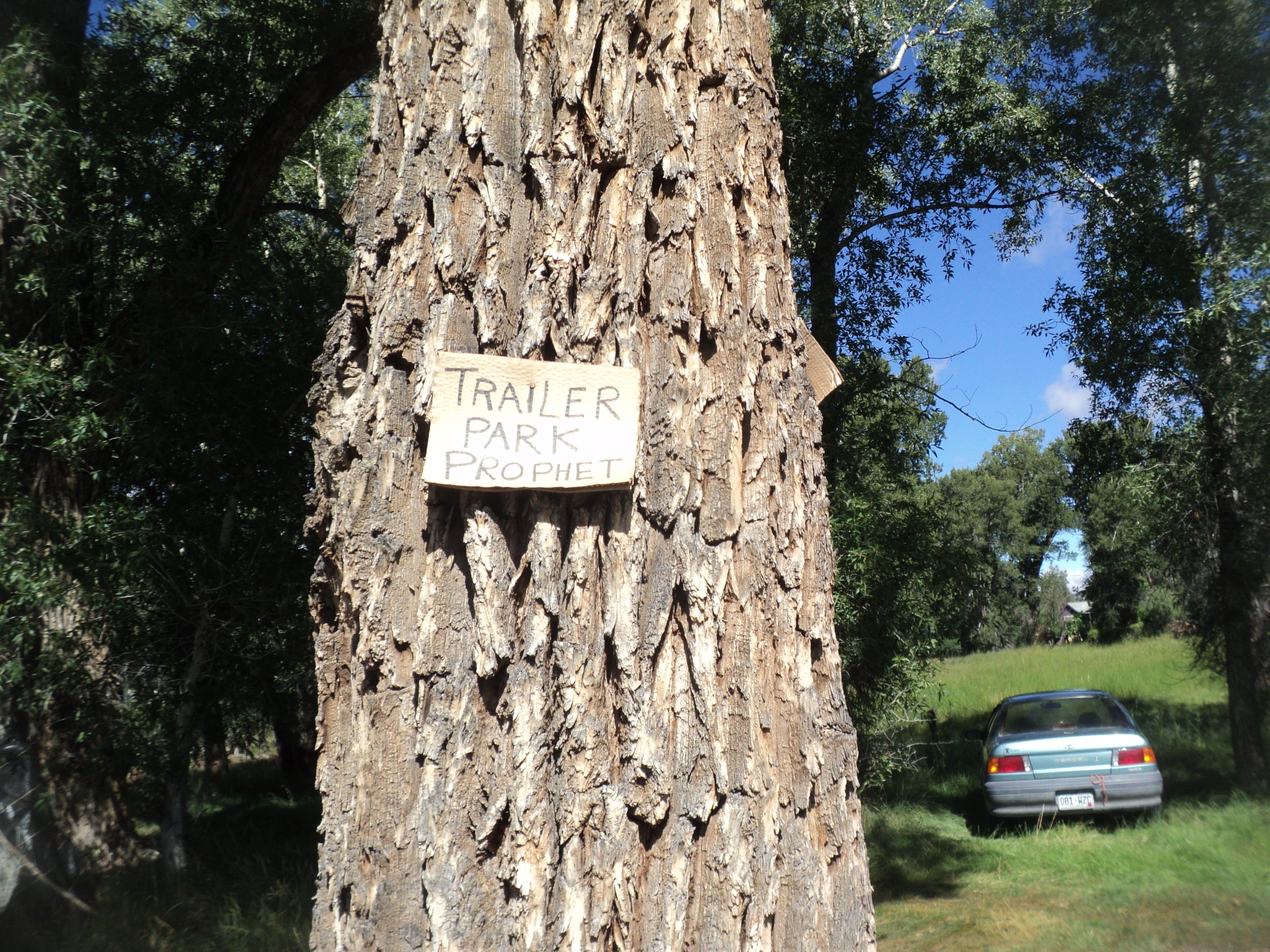 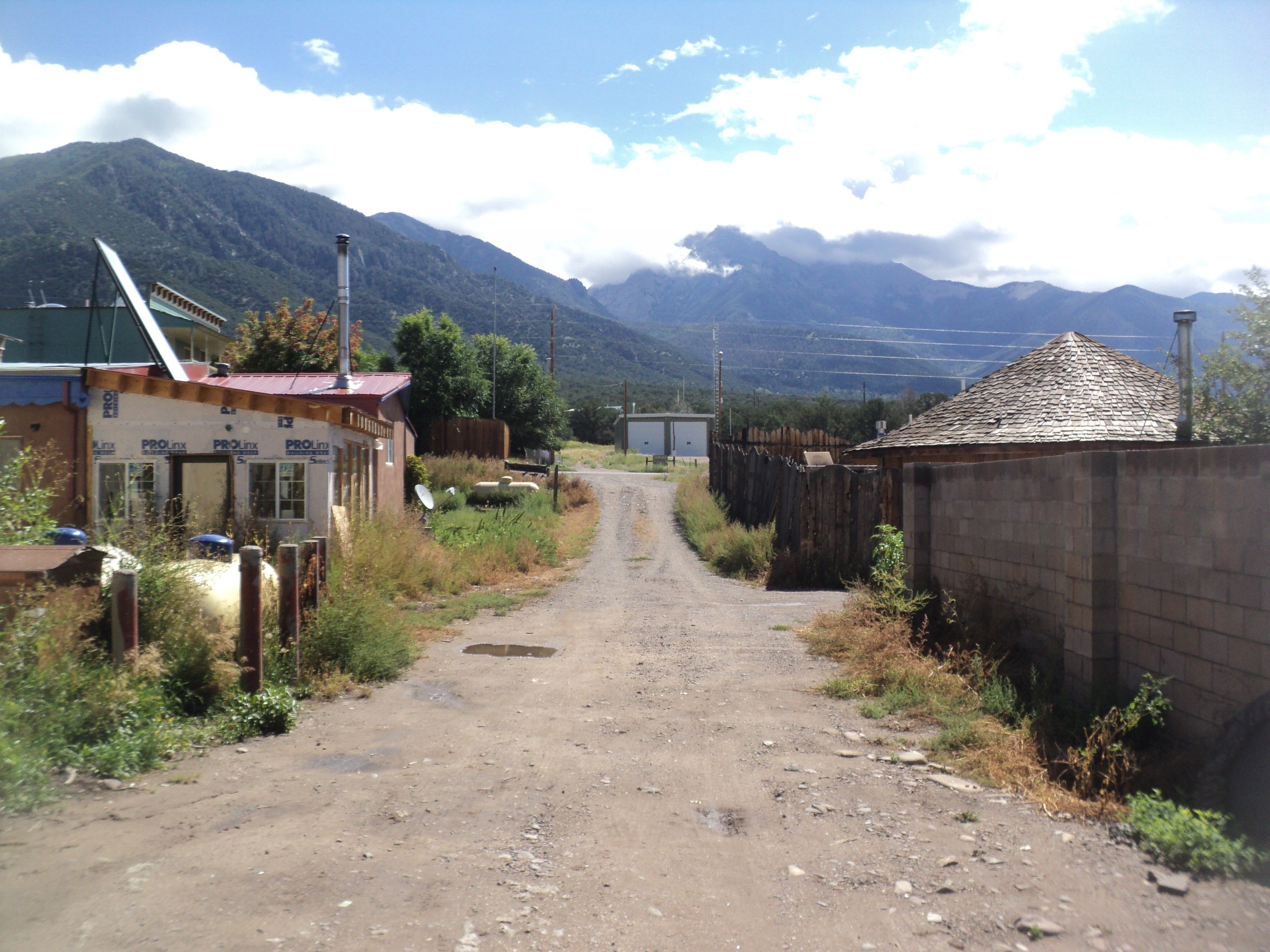 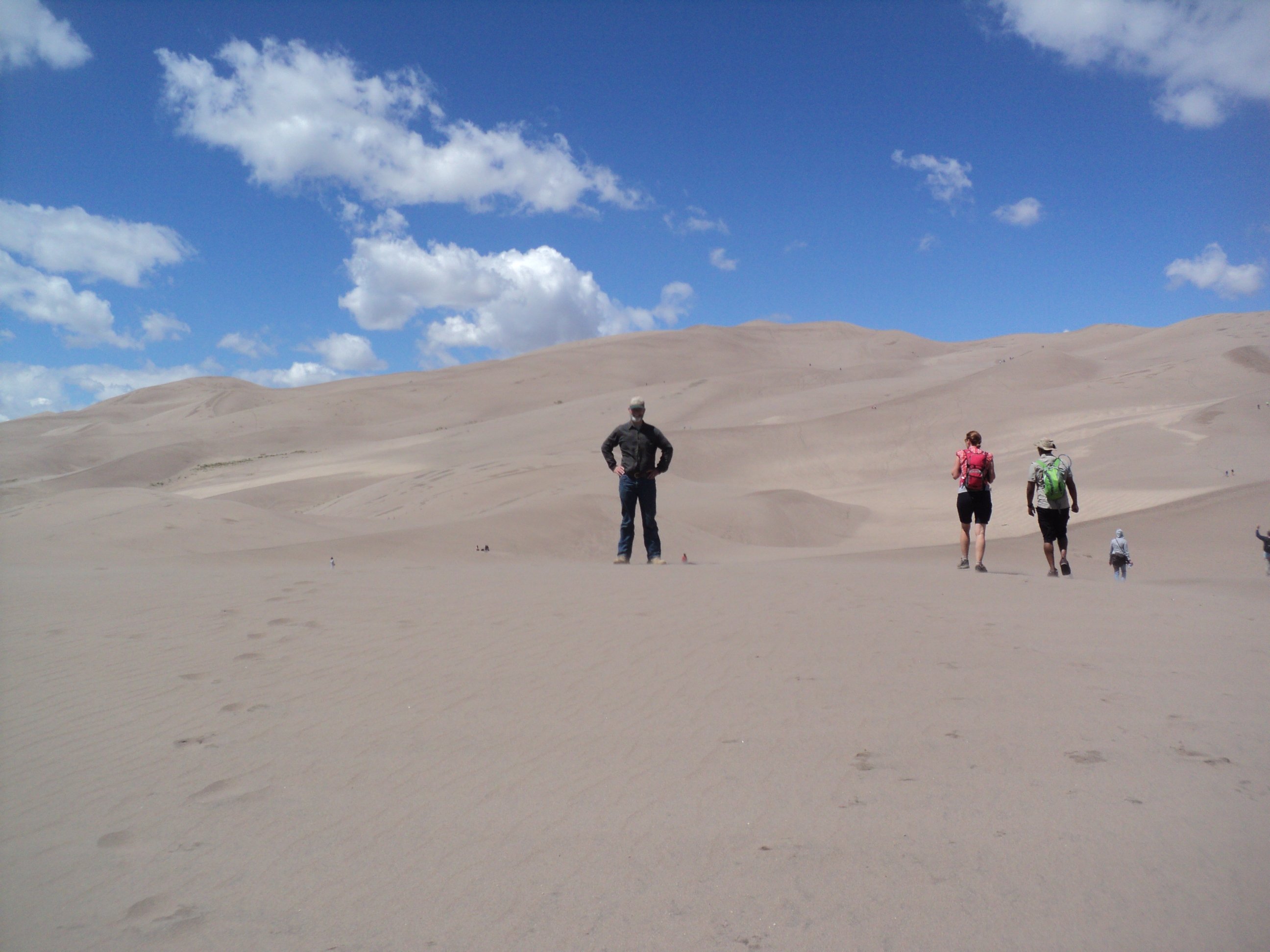 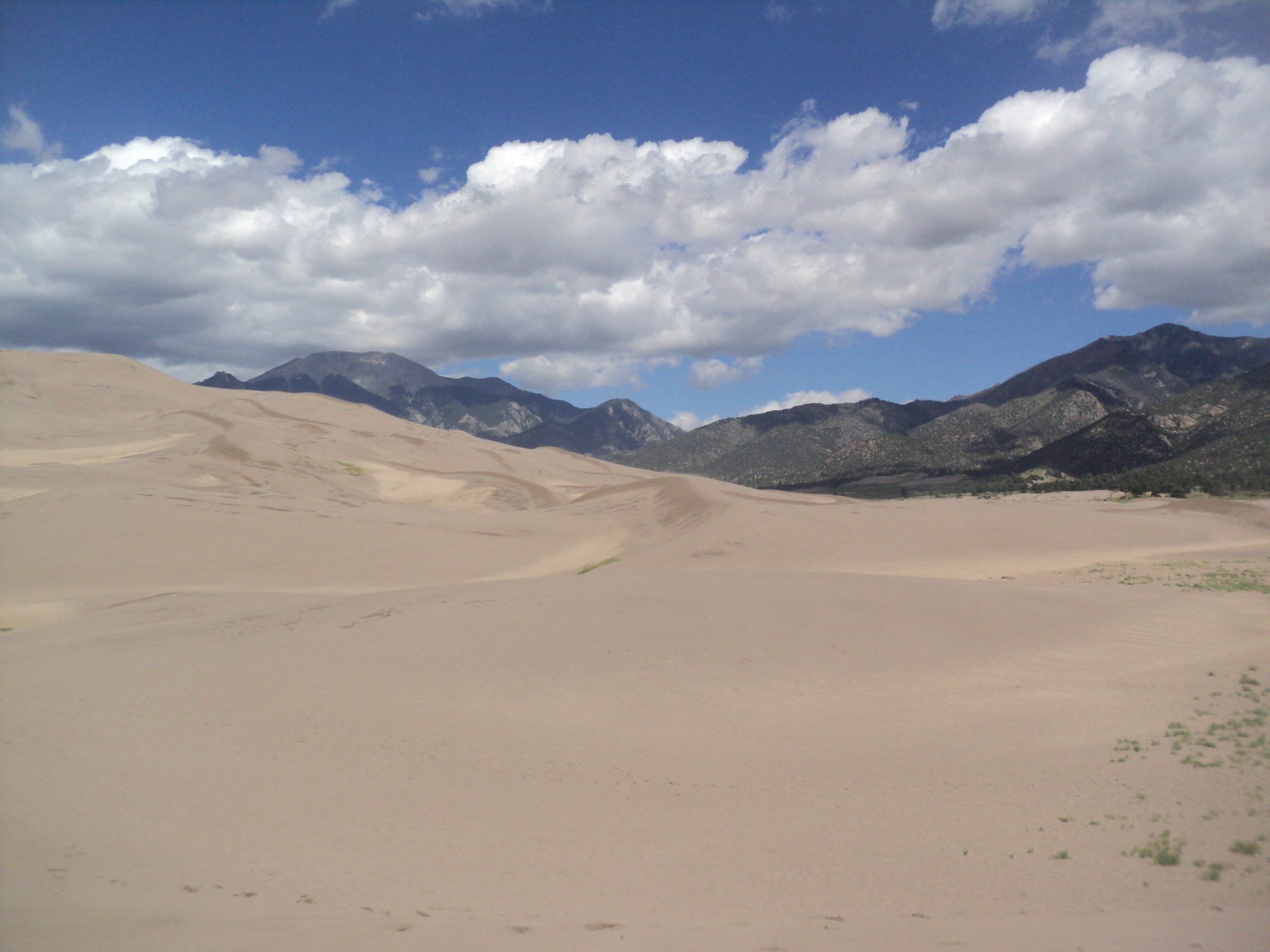