The oldest letter in the Gordon Clark collection is one of his father’s.  In 1880 James Brush of Mount Union College sent a letter of recommendation for David Scott Clark. It would have been in the summer after David Scott Clark’s first year at the college.
In reads:
Mount Union, July 18, 1880
To whom it may concern,
This is to certify that D.S. Clark is in good standing at this college. He is industrious, faithful, and thorough, and is well-advanced in his studies.
He is seeking a position as teacher. Besides his literary qualifications, he possesses such qualities of character and disposition as fit him for success in that work.
Mr. Clark has considerable experience in teaching.
Respectfully Submitted,
James A. Brush 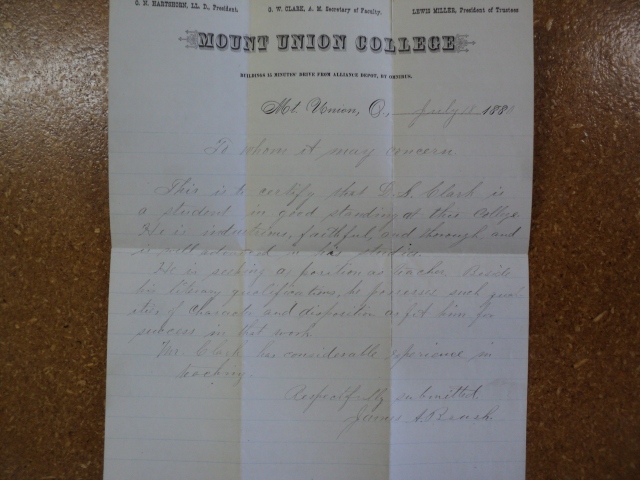