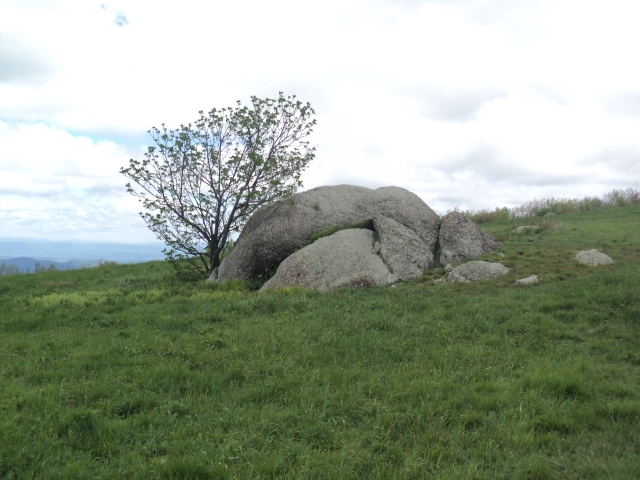 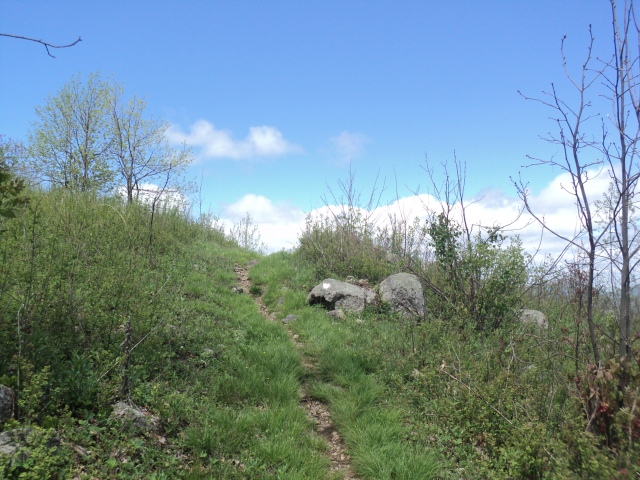 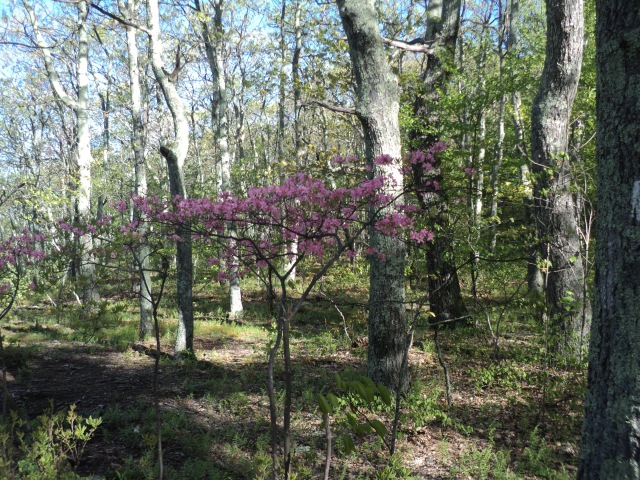 Down the track came a hobo hikin’ and he said “boys I’m not turning.” I’m headed for a land that’s far away beyond the crystal foundations. So come with me we’ll go and see the Big Rock Candy Mountains.
I’ve been learning the lyrics to “Big Rock Candy Mountain” as it seems to fit well with the thru-hiking life. Plus, I have about a million hours per day with which to spend my time. I could about memorize the phone book were I willing to carry such a behemoth.
I got a ride into Buena Vista in a beat-up old pick-up truck driven by a guy named “Chicken.” I’m pretty sure only his left eye was functional as it required him to turn his head 90 degrees to the right to see me whenever he spoke. Of course, turning your head sideways while cruising down a highways isn’t the officially sanctioned method. I’m not even sure that eye worked so well because he drove with most of his body over the steering wheel as if to get his face closer to the windshield for better viewing of the road. So, Chicken suddenly pulls over to a gravel driveway but keeps talking. After a bit of wondering what was going on he finally explained that this is where he lived and I was only a mile from town. So I got out and walked the rest. Probably 2 or 3 miles. It’s always more.
In Buena Vista I went to get food but it was early in the morning and the only thing being served was breakfast food. No thanks. So a guy at the restaurant offered me to come over to his house and he’d make me a sandwich. I figured I had survived the Chicken encounter so I wasn’t too worried about this situation. He, James Hardee, turned out to be a pretty nice guy and recounted about his entire life story to me while making me a sandwich and telling me everything about the town he had lived in most of his life. I waited around at his place until 9 am for he grocery stores to open. I was still hungry but the Chinese place was closed for 3 weeks, the Mexican place didn’t open till 11 AM, and the Hardee’s was serving breakfast food, yuck. So I finally came across Burger King and did some damage there. Hitching back to the trail was difficult. After about 15 minutes 3 other hikers showed up to the same point to hitch and made it even more difficult. We eventually got a ride in the back of a pickup truck from a lady and her daughter who lived 2 houses over.
James Hardee had told me that this was the rainiest year in many years for the area. I suppose thru-hikers each year have weather challenges, but the rain and temperatures this year seem to be worse than others. Mostly it has been cold all spring and then last week got really hot. So I sent home my winter gear thinking it’s finally the warm season. This worked well for a while. Then, two nights ago it dropped to about 25 F and I got only erratic sleep in my 45 F degree back.
Not wanting to spend another frozen sleepless night in the woods I was looking for an out yesterday. There were cabins at a campground but I was unable to convince other hikers to go in on one with me. I figured I would start reversing my schedule – I’ll sleep for the afternoon while it is warm and then hike all night to prevent myself from freezng. Then, just before the shelter where I planned my nap I met “Don’s Brother.” Don’s Brother told me he was slack-packing for the day and was getting a ride back to a hostel at 6 PM. I only had to hike another 8.5 miles and over 2000 ft climb to join in on his plan. Rather than freezing I walked the miles for a 24 mile daily total and about 7000 ft climbed in the day.
I’m really glad to be staying at this hostel as there is nothing on the trail in the area I was hiking. In fact, I passed this hostel a few days ago; the shuttle brought us about 20 miles backwards. Plus the hostel is called the “Dutch Haus” which is the same name of my fraternity in college. They even have Dutch kissing statues on the front lawn. When I was at Phi A K in college I made a motion in our monthly meeting that we should have Dutch kissing statues on the front lawn. I’m glad this hostel knows what’s up.
So there about 8 other hikers here and they all paid extra for rooms. I paid the least and got the bunkhouse. But, since I’m the only one in the bunkhouse I got my own place and really the best situation of all.
My brother Mike says he’s in Helgoland. If you know where that is you are of a select few. Mike and I have talked about the tiny North Sea Island in the past, but going there seemed like a remote idea. I’ll be interested to hear his stories and see his pictures.
AFter breakfast here at the hostel I’m back on the trail and can get to Waynesboro today if I feel like walking 20 miles. The other option is to shelter a few miles outside of town where there is a waterfall and pool according to our guidebook. I hiked the last 8 miles yesterday with 2 locals, one of whom lives in Waynesboro and gave me his number if I need it. That might come in handy if I ever have trouble hitching.
I’ll see if I can upload some photos hear but the computer at the Dutch Haus is “niet goed.”