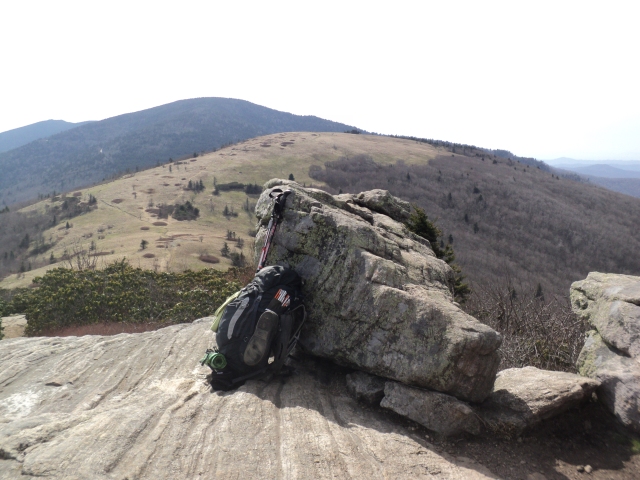 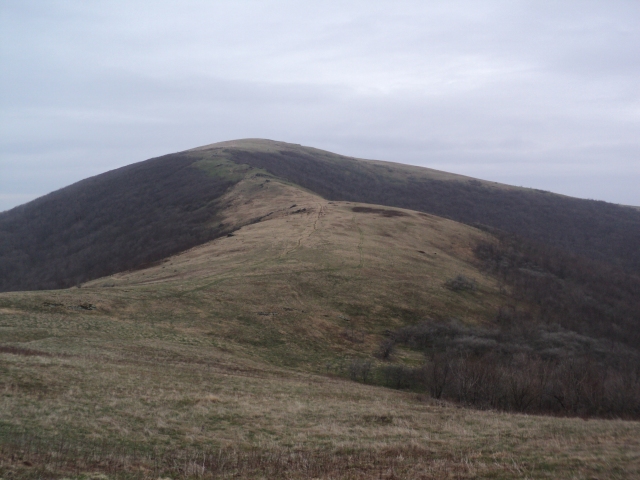 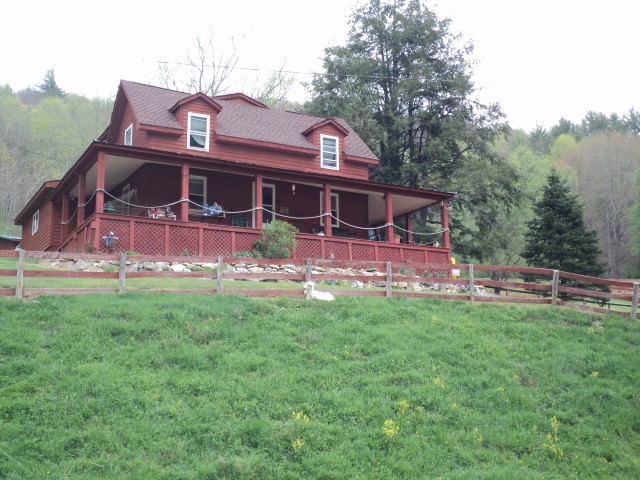 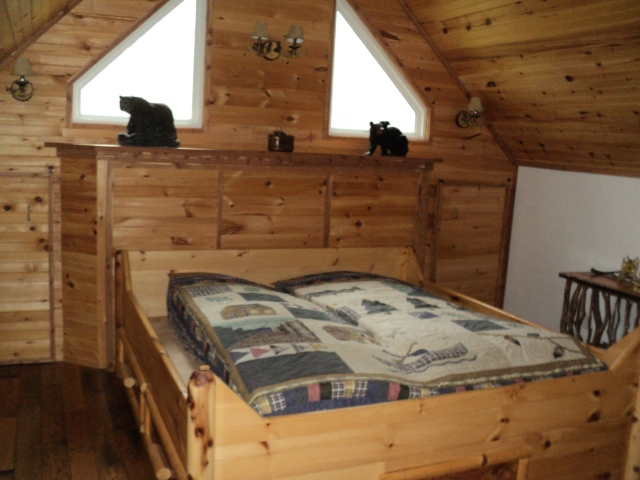 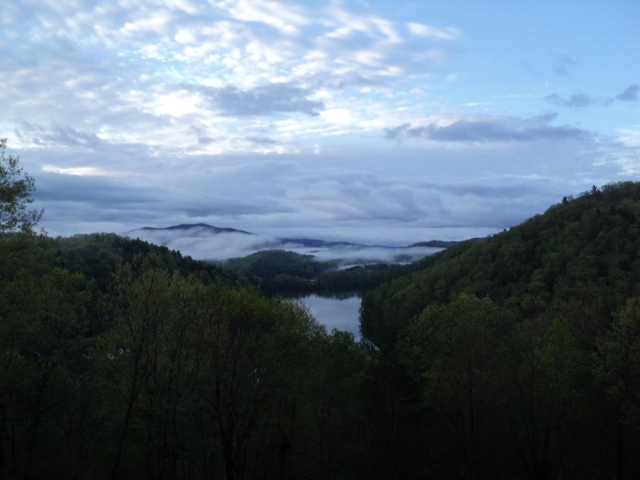 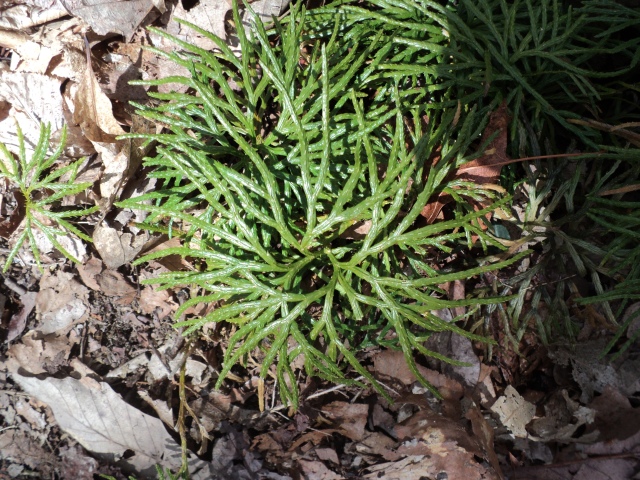 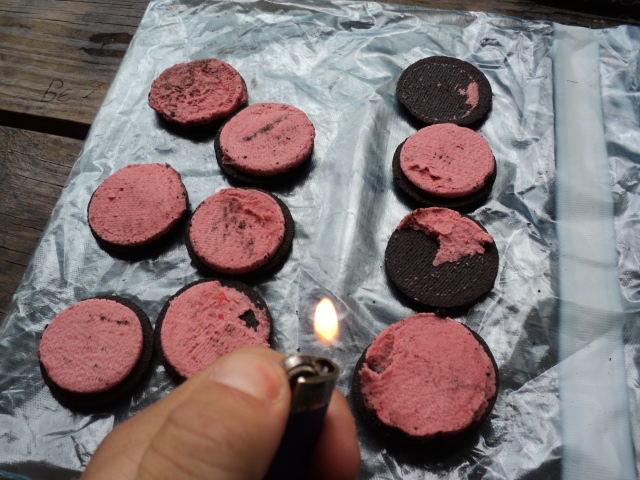 Whew, where to even start. It has been a while since I’ve found a computer. I’m now sitting at a computer at a laundromat in Hampton TN. (except, according the sign it is actually a “Laundry Mat”)
I just ate at McDonalds for the first time on the trail. The immediate thought we all have is “McDonalds is unhealthy.” However, this is not necessarily true for a thru-hiker. We need calories. I weighed myself at the Mountain Harbour hostel in Roan Mountain TN a couple days ago and found that I am 185 lbs, 15 lbs down from my 200 lb starting weight just 1 month ago. Anyways, 3 double cheeseburgers, a large fries, 5 refills of the small coca-cola, and an oreo mcflurry later I’m mostly full. I add it up to over 3000 calories. Despite this monstrous meal, I’m likely calorie deficient for the day and will be hungry again soon. I hiked 11 miles to town this morning and will likely hike another 5 or so out of town this afternoon.
I hiked out of Erwin TN after my last blog post and did 17 miles, 24 miles, and 8 miles into Roan Mountain TN. I hurried this section; particularly the 24 mile day, in order to avoid the rain storms coming on. I made it to the Mountain Harbour hostel just before the rain came in on Saturday. On Sunday they were booked which forced me out into a storm. Except!, I had a connection. A friend of my roommate in Texas owns a beautiful house in Butler TN above Lake Watauga. So I hitched some rides and got his property manager to let me into the house, let’s face it, mansion. As the storm continued on and many other hikers were cramming to the AT shelters and being rejected from the local hostels, I had a 3-bedroom place to myself. Since the house is currently for sale I didn’t have much there but power, heat, water, and a old-fashioned radio. A red fox under the porch was my only company on a remote mountain road in Tennessee. I took 3 showers, listened to Gospel radio and some classic rock and was generally happy to be out of the rain.
I checked and double-checked all my possessions when I left the house. I didn’t have a key, but was just let into the house with instructions to lock the door when I left. I did just that and walked back to the highway to hitch a ride back to the trail now that the rain had stopped. About half-way down to the road I realized I left my cell phone in the house. This sure was a helpless situation. The house-owner I only have contact with via my cell phone which was locked in the house. I briefly thought about walking back to the house and breaking in. Fortunately I had written down the number of the property manager in my trust AWOL’s Guide to the Appalachian Trail. Once I hitched back to town I left a message with Steve, the property manager. A day later I have my phone back after arranging a meetup point in town. In the meanwhile, since Steve was at work, I hiked a 29 mile stretch over 2 days to keep moving down the trail.
The last stretch was absolutely beatiful. Massive waterfalls. Country churches. Flowers everywhere. Even some level terrain! I met Abraham (a.k.a Elf) and Tex back on the trail who thought I would be “half-way to Virginia now” not knowing that I took time off during the rainstorm. I soon ran into the usual suspects of Blimey, Tags, SriRacha, and others and camped with them for the night. It fortunately did not rain but a thick dew covered all of our stuff this morning.
Oh, almost forgot about the barn. I stayed in a big red barn with about 30 other thru-hikers a few nights back. This barn was purchased by the AT to be used as a shelter rather than building a new structure. It’s now the most popular one on the trail. I’ll be sure to post pictures.
Also, yesterday was my 31st birthday. I was on the trail so I didn’t get a chance to celebrate much. I made a “31” birthday cake out of oreos and took a picture of it along with my lighter aflame. I passed out the oreos asking if anyone wanted a piece of birthday cake. They were quickly devoured.
My favorite singer-songwriter Townes Van Zandt had a song wherein he references his parrots “Loop and Lil.” Loop was named after a road in Austin Texas, the North Loop, where Townes got his beer and smokes. Lil, I’m not sure where his name came from. In the song, Townes, referring to a girl he had met, sings “Loop and Lil agree she’s a sight to see and a treasure for the poor to find.” Now, I have not met such a girl, at least not one who has welcomed me, but I have found the Appalachian Trail to be such a treasure for the povery of sorts that I have. The poverty of vacation, nature, time alone, time with God. This is a treasure for the poor to find.