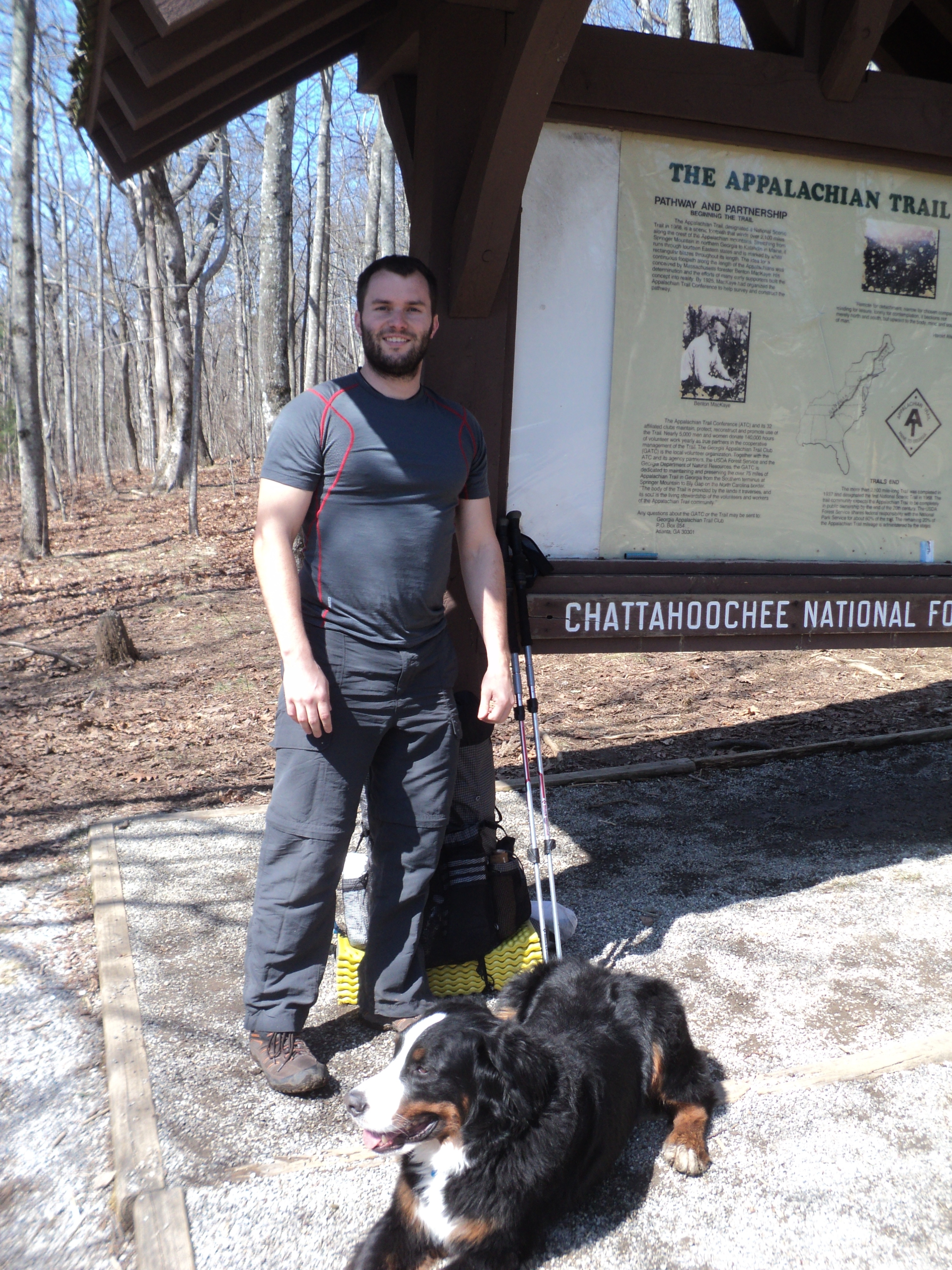 I’ve made it to Neel’s Gap at mile 31.7 of the trail. I heard that early this morning there was a lady in a bunny ears hat walking down the trail handing out Easter candy to hikers. Mike and I did not see her because we were camped a mile off of the trail at Winfield Scott Recreation Area.
We started at Springer Mountain around 2:30 on Thursday. The ride up to the mountain was 1.5 hours of cliff-edge cruising with a local appalachian shuttle driver we knew just how fast to take each corner.
I ran into a couple gear problems early in the hike. My water bladder spilled into the tent which required a thorough recovery effort. The next morning with the cold weather the water filter was frozen shut. When it warmed up later I got it working again.
We’ve met about 20 other thru-hikers so far and are started to cross the same people on a regular basis. At Horse Gap a military trailer with a potable water spigot was out for a military exercise from their nearby establishment. We were able to get fresh water there just before they came to hitch the water trailer up to a truck and take it away.
Yesterday Mike and I took a remote route away from the trail called Jarrard Gap Road. We did this to avoid the bear area around Blood Mountain where you are required to use a bear-proof canister if you’re camping there. Down Jarrard Gap Road we found camping and a restaurant called the 180 Diner. After three days on camp food the diner was heavenly. Cheap prices and great food. Not so much a greasy spoon type place but more of a country-style restaurant which just opened up three years ago. It is ran by Tom and Jen Ingram.
Ok, I’m pretty tired and don’t want to spend a lot of time on the computer so I’m going to sign off now. I’ve been keeping a voice recorder journal as well – so I’ll be able to backfill more details at a later time.